Existing on the Periphery

The Centre for Art and Social Practice reports from Kolkata, India with a project by Anuradha Pathak, in collaboration with Chander Haat and the Shelter Promotion Council.

EXISTING ON THE PERIPHERY

A community based art project developed by Anuradha Pathak (CASP-Kolkata), Existing on the Periphery dealt with the migration history of a community involved with the trade of selling puchkas, a famous street food of Kolkata. The project developed through various site visits to Phuchkapara at Khudirampally in Sarsuna, a village in South West Kolkata. This area is a marshy land very close to the Sunderbans, and has a history of migrants from Bangladesh who settled here around the Bangladesh Liberation War.

Phuchka is made famous by migrant communities from Bihar, Jharkhand and Uttar Pradesh. A small group of Puchkawallas (around 4 families) reside in Puchkapara and continue this generational trade, while others have shifted to alternate professions. Through several interactions, Pathak engaged with their migrant histories and their experience of place and belonging. The four families at Phuchkapara, are from the Nabada Zila in Bihar, but from different villages. They felt despite being residents of that area for around 20 years, they were not given importance like the immigrants from Bangladesh, presenting a complex layer to the discourse of migration in Bengal.

Questions of economics and livelihood emerged along with their daily experiences of selling puchkas in the glass and wood box on a mobile cart. Design ideas emerged from the families to make the box more convenient and user friendly. Pathak improvised the traditional box design by making the box bigger for containing the puchkas and added two small wooden boxes with three compartments each to hold the six accompanying ingredients. All the six compartments had six bowls to hold the ingredients. This refurbished box became a part of the participatory installation at the courtyard of the Mittir Bari, the house of one of the rich traders in Sarsuna. The installation was meant to symbolize the economic binary existing in Sarsuna and the marginalized position of the phuchkawalas in society.

The interactivity with the four families was transferred as text excerpts on the box, and the bowls had actual ingredients covered with text that underlined their health benefits. After the display, the box was returned to the community as a replicable design model and future projects with the women and families of this community are in discussion. 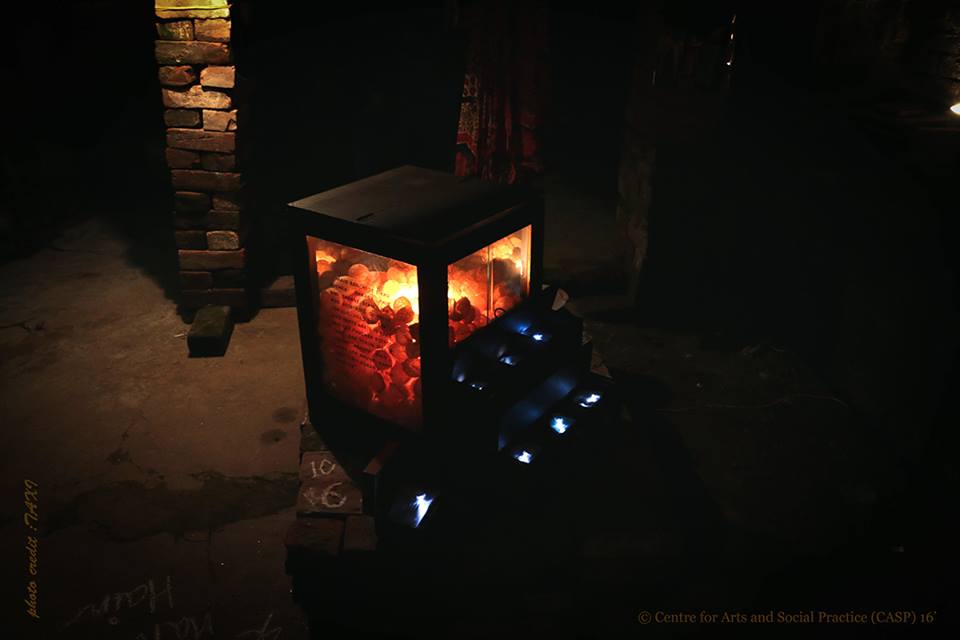 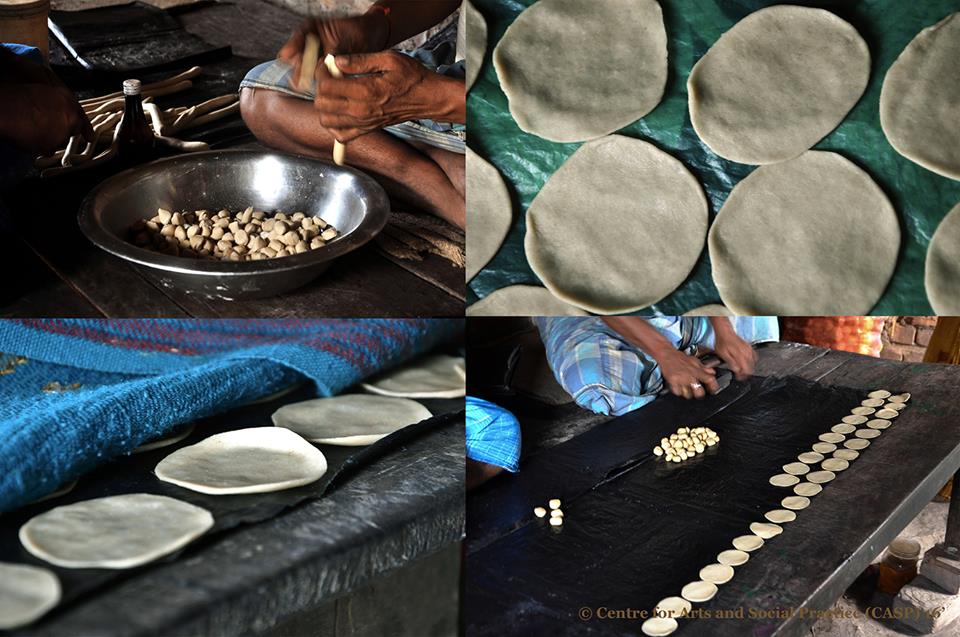 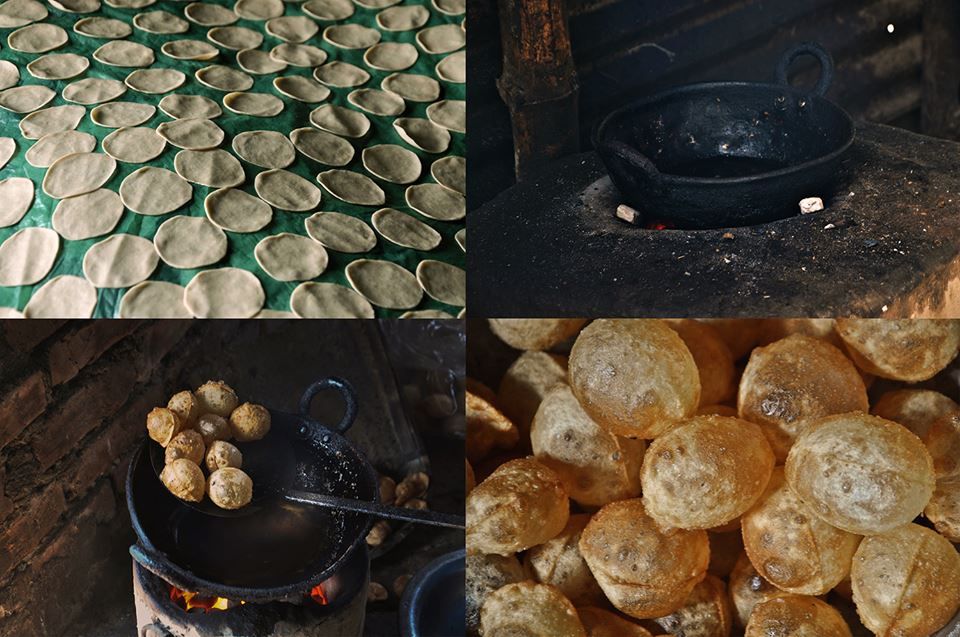 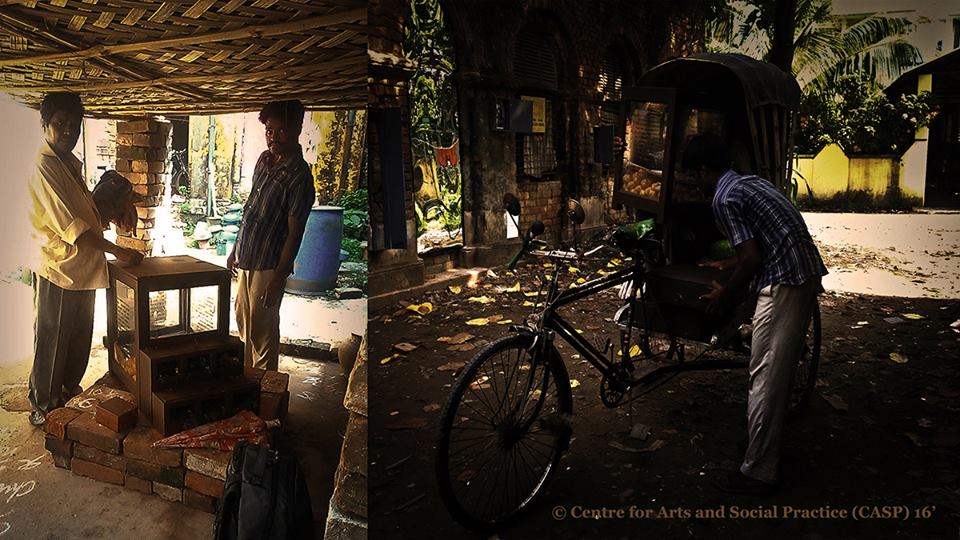 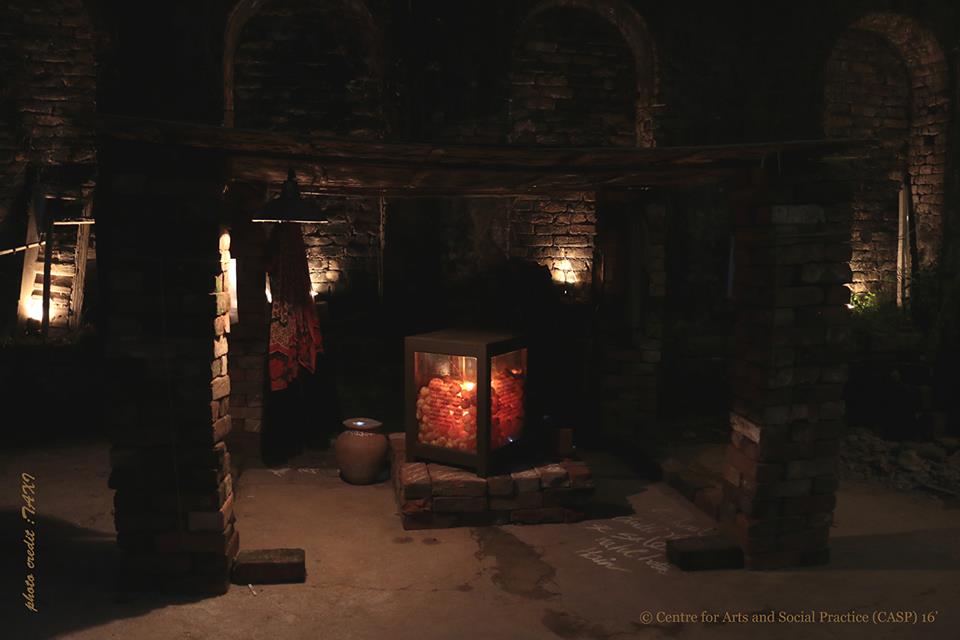 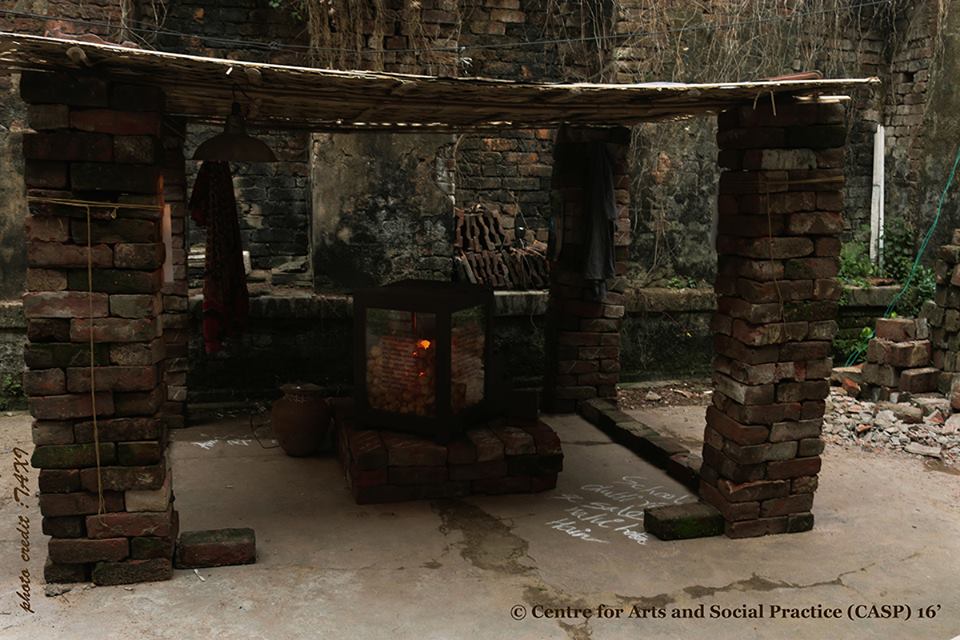