The Centre for Arts & Social Practice introduces a project from 2015 that involved a notebook exchange and creation of a large collaborative rug. 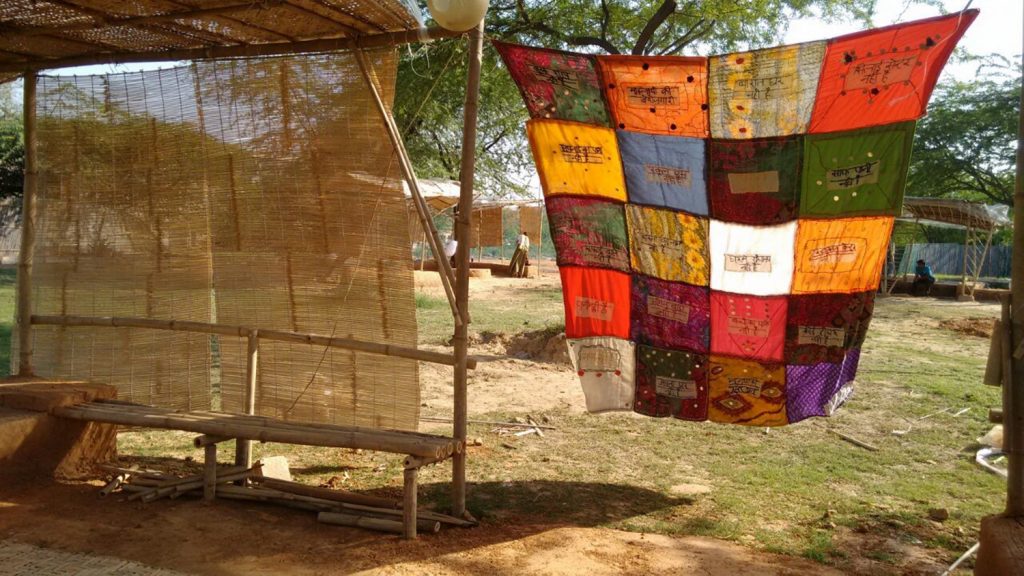 The community based art project Derdh Guna Derdh was developed at Shankar Camp in Vasant Kunj, New Delhi. The people living in this area are rural migrants from Sunderbans – West Bengal, Jharkhand, Bihar and Uttar Pradesh and their basic occupation is as house-helps of the residents living in Vasant Kunj area. These people live in an urban cluster with impermanent housing and civic facilities, and share diverse religious and cultural practices. The project developed through dialogues with the women of Shankar Camp who brought forth issues of migration and belonging, amidst the economic need to live in the city. The memories of domestic craft and recycling of textiles became the context through which this project was implemented in two main activities:

1. Documenting the Daily: There is a long standing practice of women in India from marginalized communities to buy household items in exchange of old clothes. Here the notebooks and pen/pencil were provided in exchange for clothes to make the 1.5 x 1.5 ft Aasans (cloth rugs). The notebooks were used as diaries by the children in that area where they documented their daily experiences and aspirations for three months.

2. Mark on the Plot: Aasans (small cloth rugs) are generally used in rural areas where they are spread on the floor for people to sit on. In this workshop, aasans, with a size of 1.5 x 1.5 ft were made from the worn-out clothes (sarees and dupattas) by the women in the community. These old clothes were exchanged first with the note-books/pencils and then each woman was given colourful cloths of the exact size along with a white small cloth on which they wrote an unfulfilled desire or an issue plaguing their living spaces in Shankar Camp. After this, they did needle-work on the writings and stitched them on their respective aasans. They also decorated the aasans with colourful beads and patterns. When each 1.5 x 1.5 ft cloth was complete, all the cloths were joined together to form a big rug.

Derdh Guna Derdh (one and half x one and half) was conceptualized and facilitated by Anuradha Pathak (installation artist, Kolkata) and supported by Parul Kiri Roy (architect-academic) and assisted by an architecture student, Michael Vivian Ekka. The community based art project workshop was organized by CASP – New Delhi chapter from 30 March – 2 April, 2015 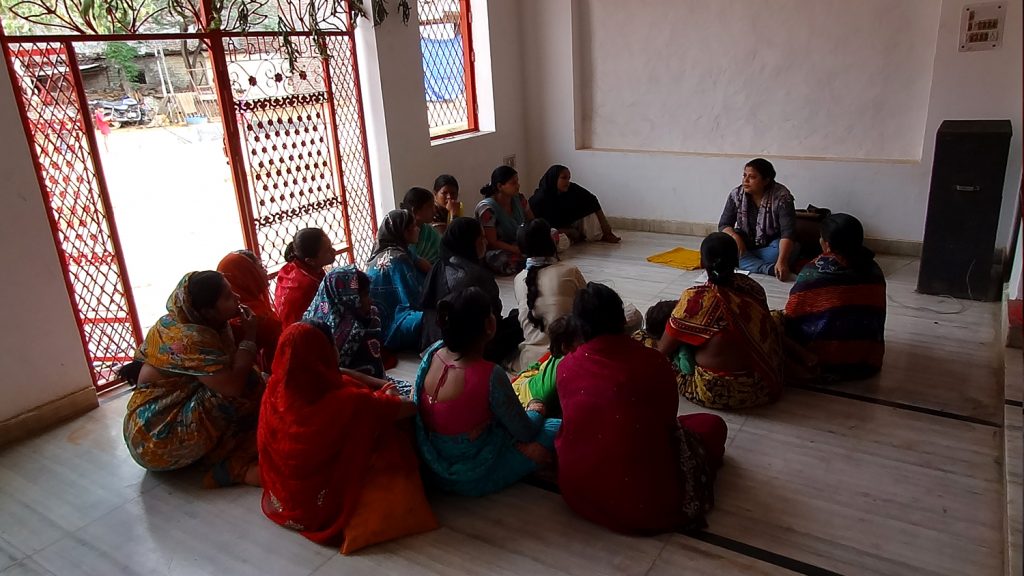 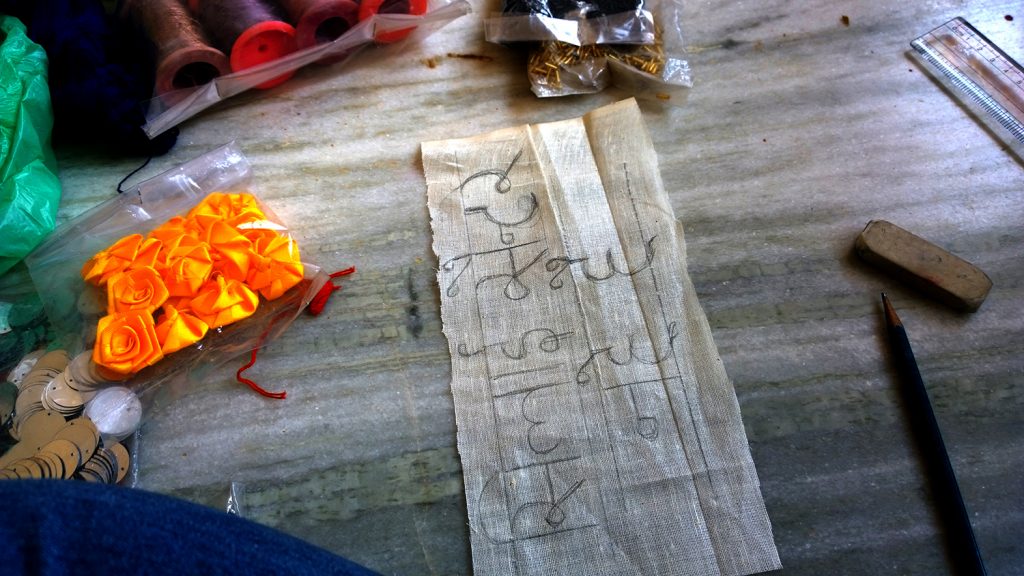 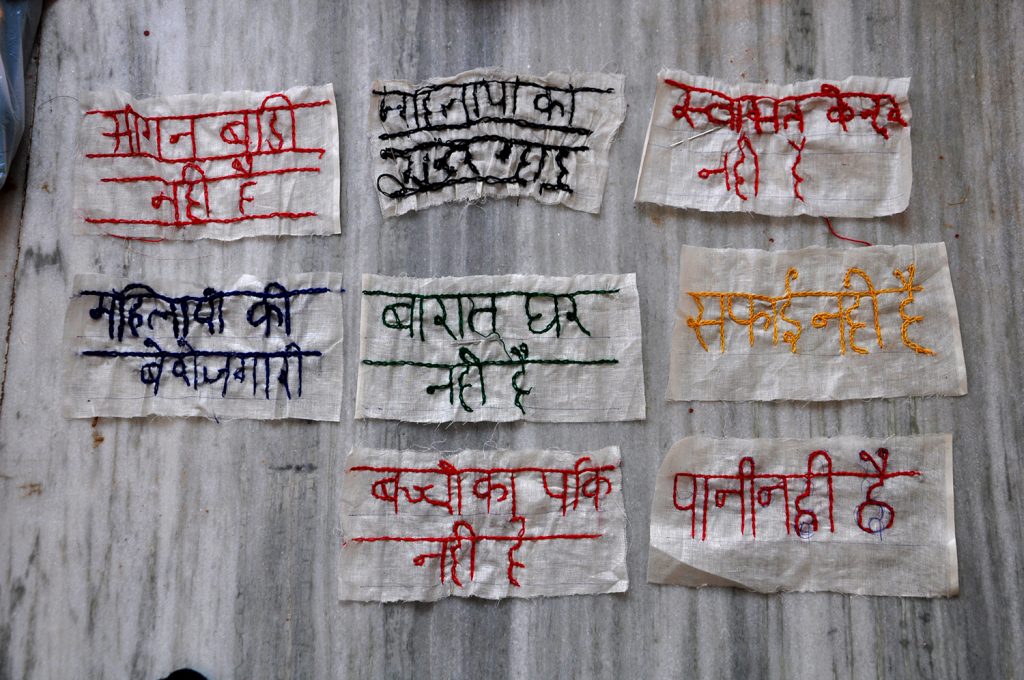 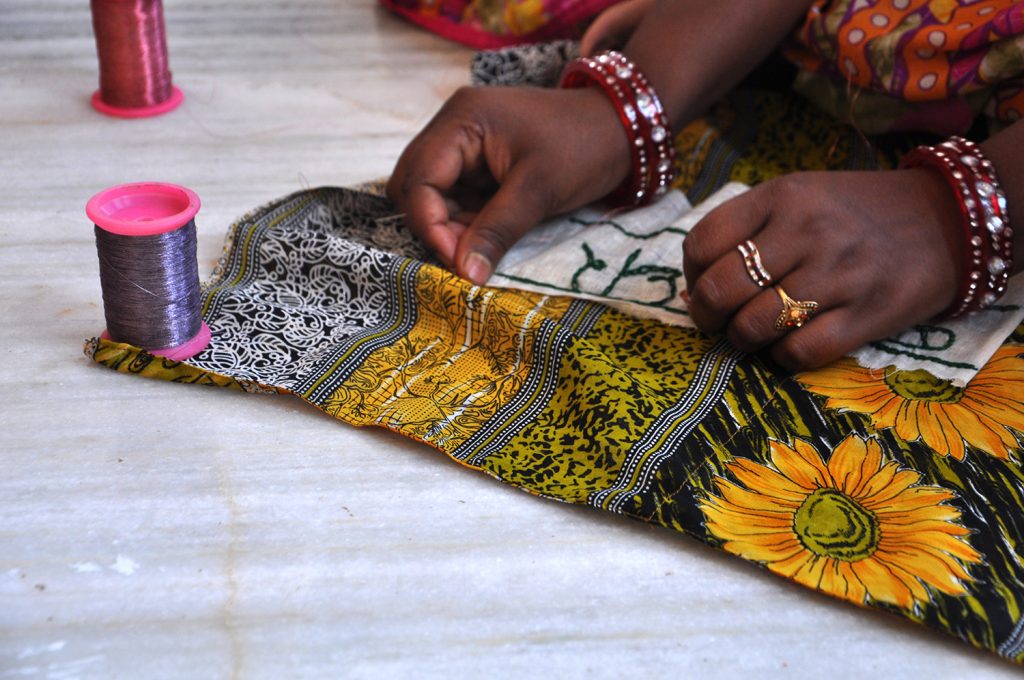 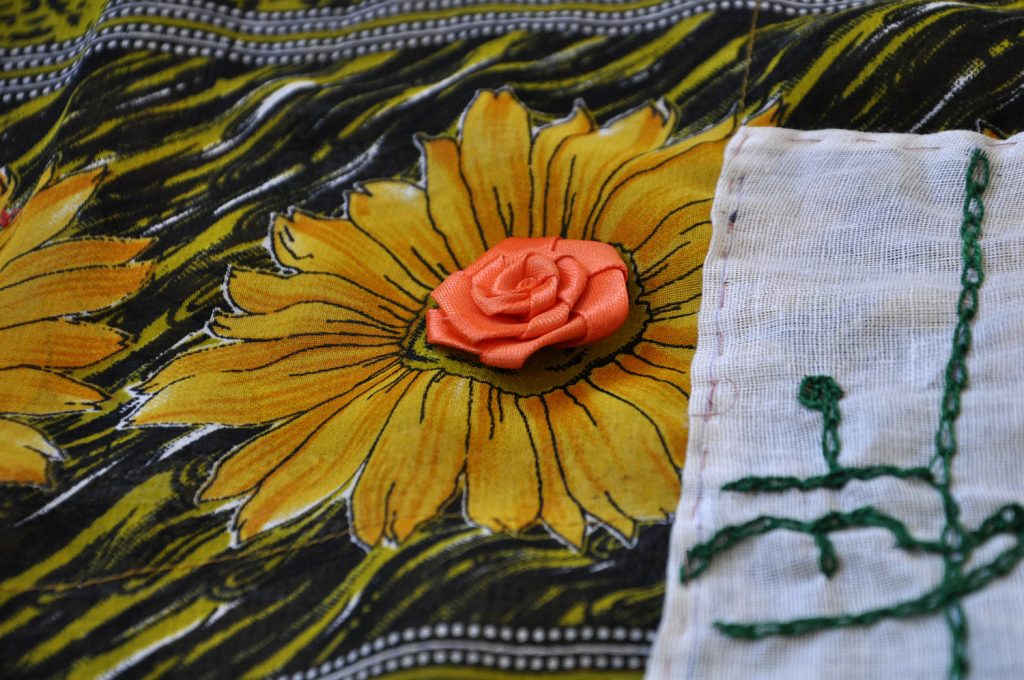 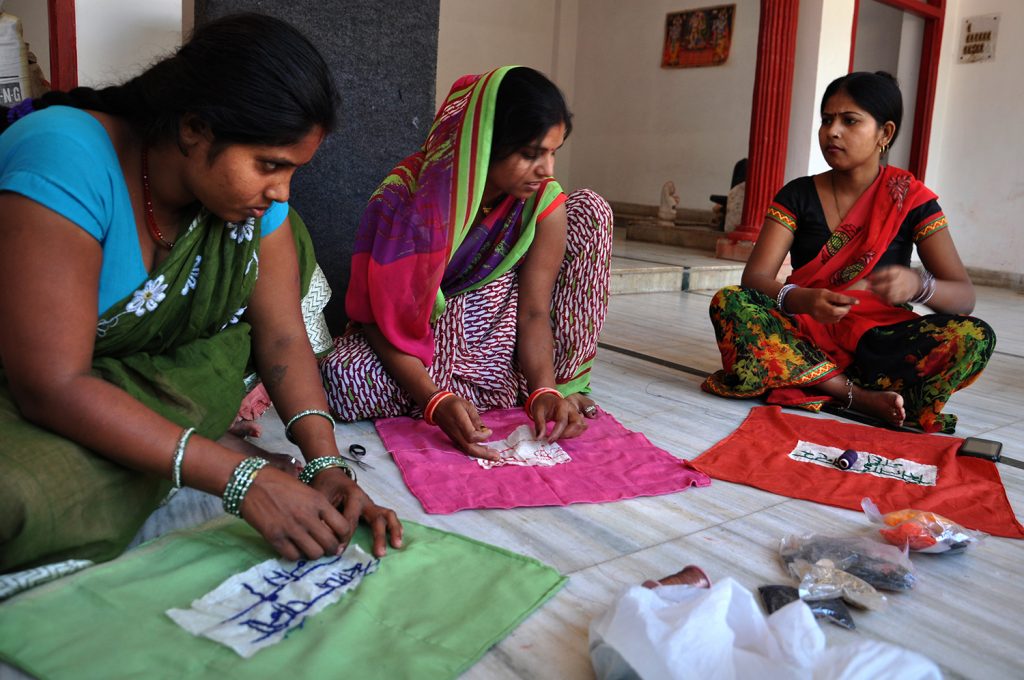 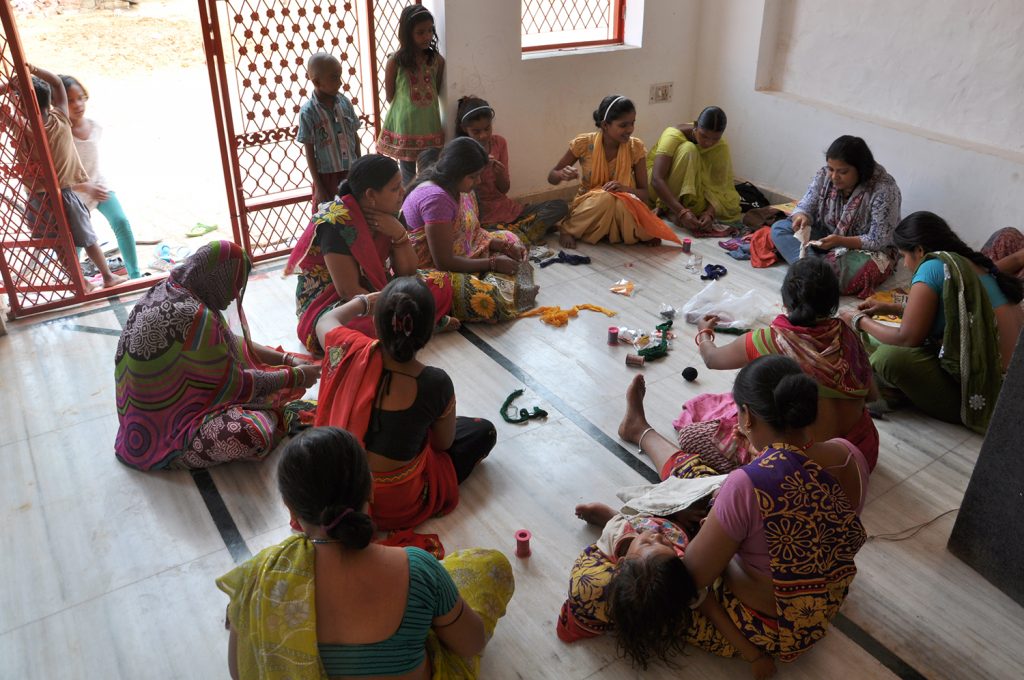 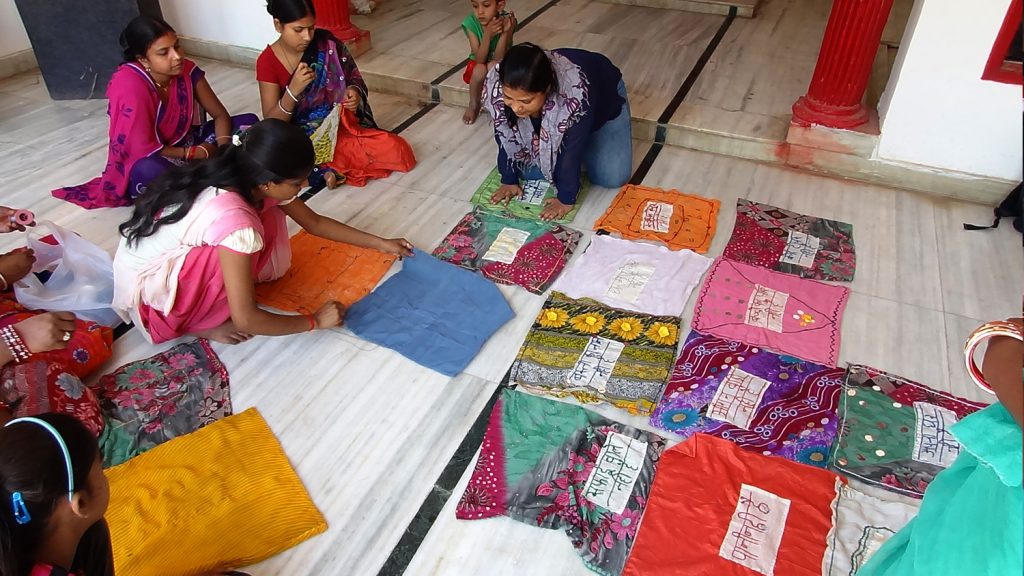 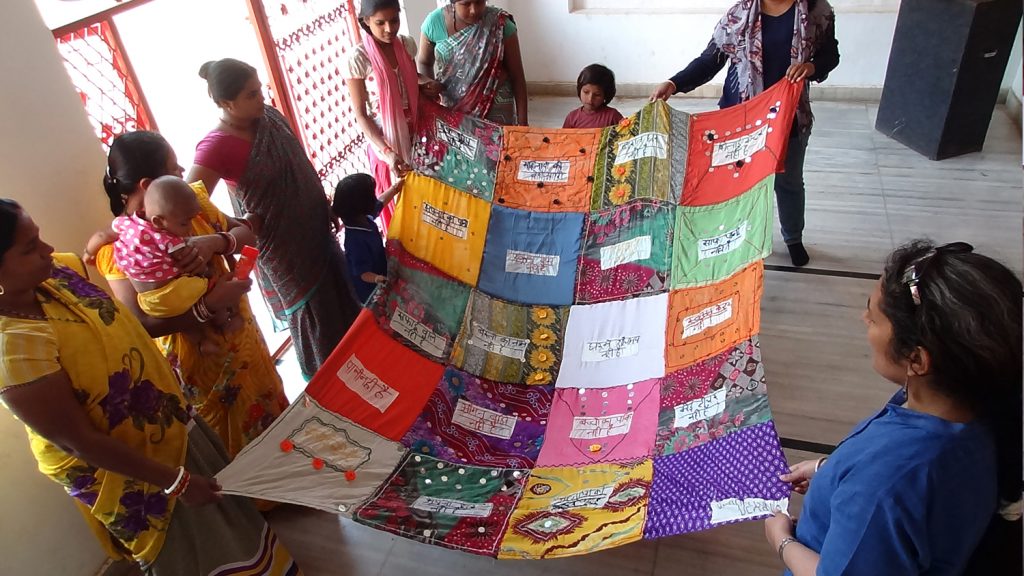 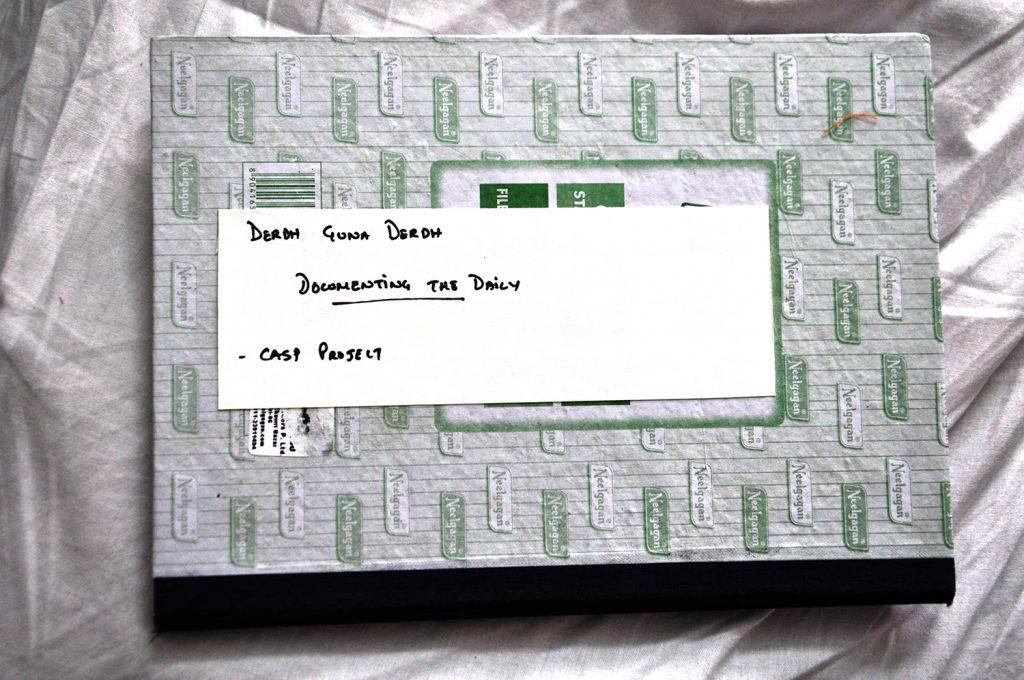