Buenas tardes mi nombre is Carlos Reynoso, I am originally from Los Angeles but was born in Mexicali Baja California. As a kid growing up in SoCal I was inspired by the street food culture in East Los Angeles and by the various DIY subcultures I grew up around through punk shows and house parties. I earned a BA in Illustration at California State University Northridge, while in school I was involved with MEChA where I helped organize various cultural events on campus. After graduating I started working in nonprofit in HIV organizations, and Mental health and addiction. My work is a mixture of community empowerment, storytelling, and chicanx queerness. While establishing a career in social work I used my training as an illustrator to create flyers for various community events inspired by artist like Raymond Pettibon and Danial Johnston.

Three years ago, I moved to Portland OR and quickly realized how much I missed Mexican street food. As a result, I created Mis Tacones @mistaconespdx a vegan taqueria serving freshly pressed tortillas and seasoned protein similar to that found in East Los Angeles and Baja California. As a teenager and through college I worked in various kitchens in Los Angeles and found the macho centric atmosphere suffocating, so I decided to use Mis Tacones as a queer ran and operating business supporting the community and creating safe space. For the past three years Mis Tacones has partnered up with various vegan and queer businesses and organizations in organizing community events and creating cultural space in Portland.

Work in the Works:

In the next year I hope to establish a permanent location for Mis Tacones as a store front where we can operate as a restaurant and allow community space. Currently I am also working on a story telling project in telling the history of Bath Houses in Los Angeles through a publication or zine. 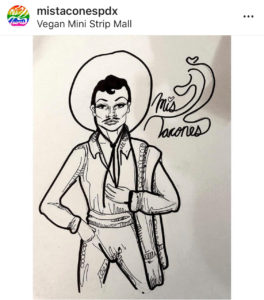 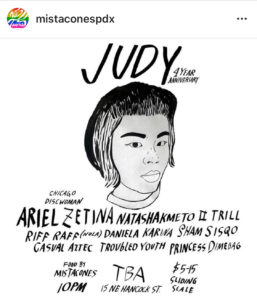 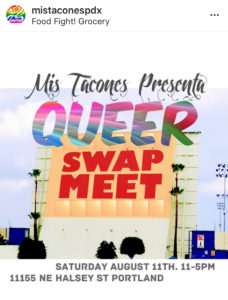 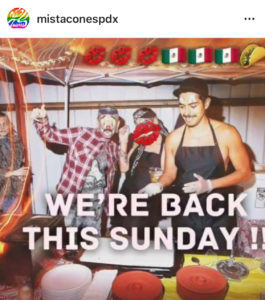 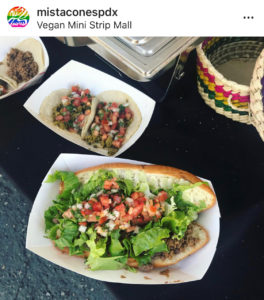