Eric John Olson is an artist and technologist based in Seattle, Washington, USA. His background in human-computer interaction led him to participatory new media and eventually to socially engaged art practices. Valuing collective experiences and cooperative ways of working, Eric collaborates with artists and community members to co-create projects and conduct participatory research. His recent work has examined topics including somatics, displacement, death, and inter-generational exchange. Eric’s work has been supported by the Seattle Art Museum, MadArt Studios, Seattle Office of Arts & Culture, Eichholz Foundation, 4Culture, The Seattle Public Library Foundation, and others. His projects have been written about in The Seattle Times, CityArts Magazine, Vice Magazine, The Stranger, and other publications.

Older work below, for the most recent work please check out the website above.

We Are a Crowd of Others

We Are a Crowd of Others (project website) was a collaboration with Gail Grinnell and Sam Wildman where we used our residency at MadArt Studio to weave together an expansive, site-specific installation with a series of public programs which investigated the language and resonance of ordinary acts. The open forum of public programs gave the public, participants, conversants, poets, performers, and artists a space to interact and delve deeper into questions about how the past and future can haunt the present, making its way into our daily rituals. Projects included workshops for catastrophe preppers, public re-enactments of meals reminding people of their dead or dead-beat dads, screenings accompanied with science lectures, open rehearsals of a new dance by Tia Kramer and Tamin Totzke, and an exhibition of oral and visual histories of Seattle’s DIY music scene. 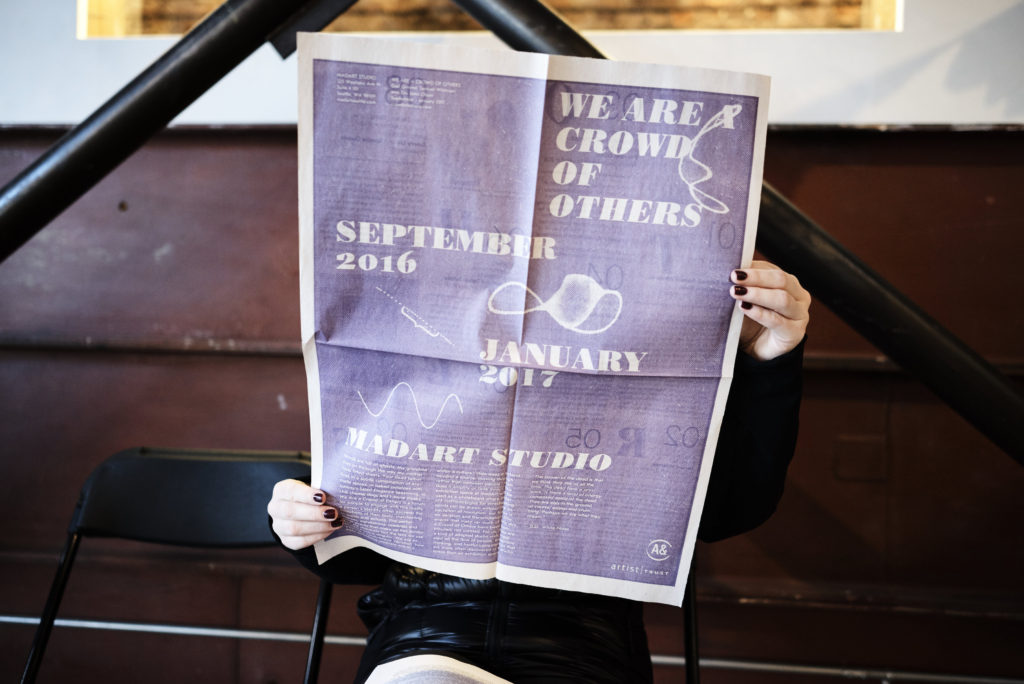 The Dead Dad Dining Club is a series of public meals that explore fatherlessness through reenactment and embodiment. Each meal is based on a poetic recipe about a meal that reminded the contributor of their dead or dead-beat father. All recipes were collected and published as a collection of poems in “Dead Dad Dining Club Vol. 1”. For each public meal hosted at MadArt Studio, a felt banner was created to commemorate the reenactment. 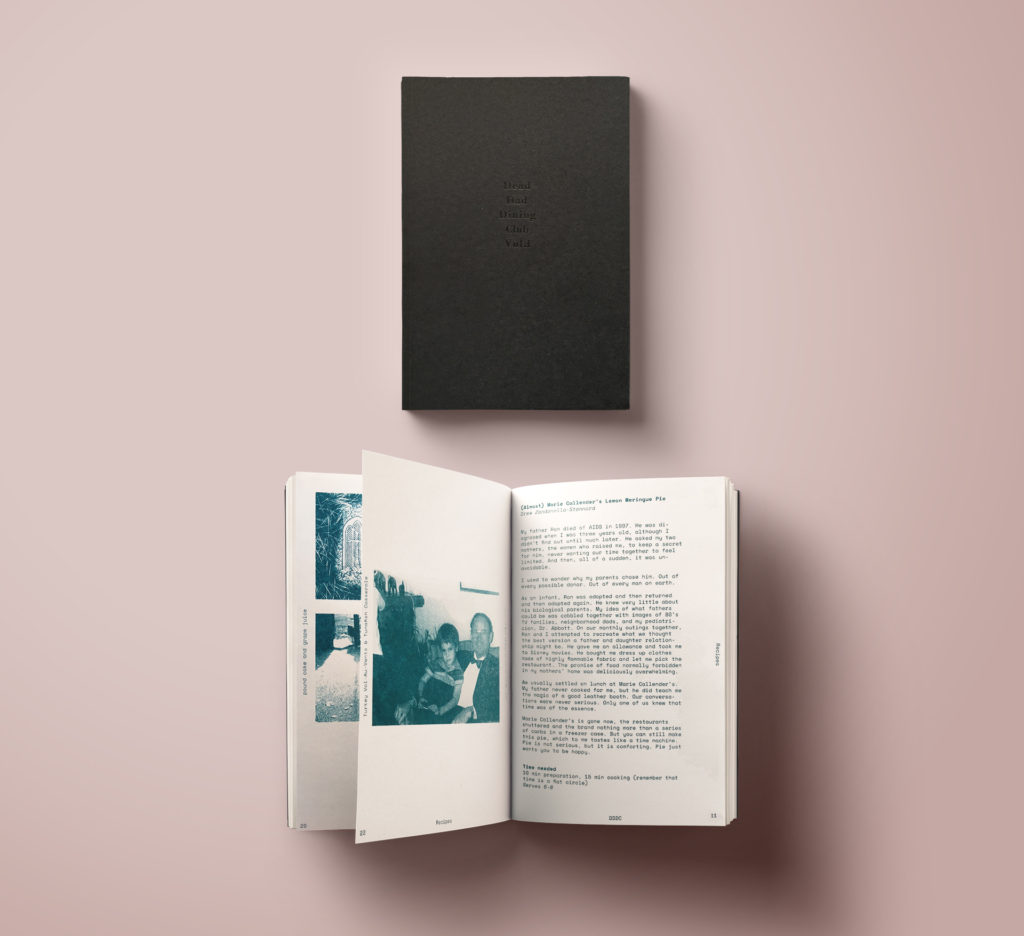 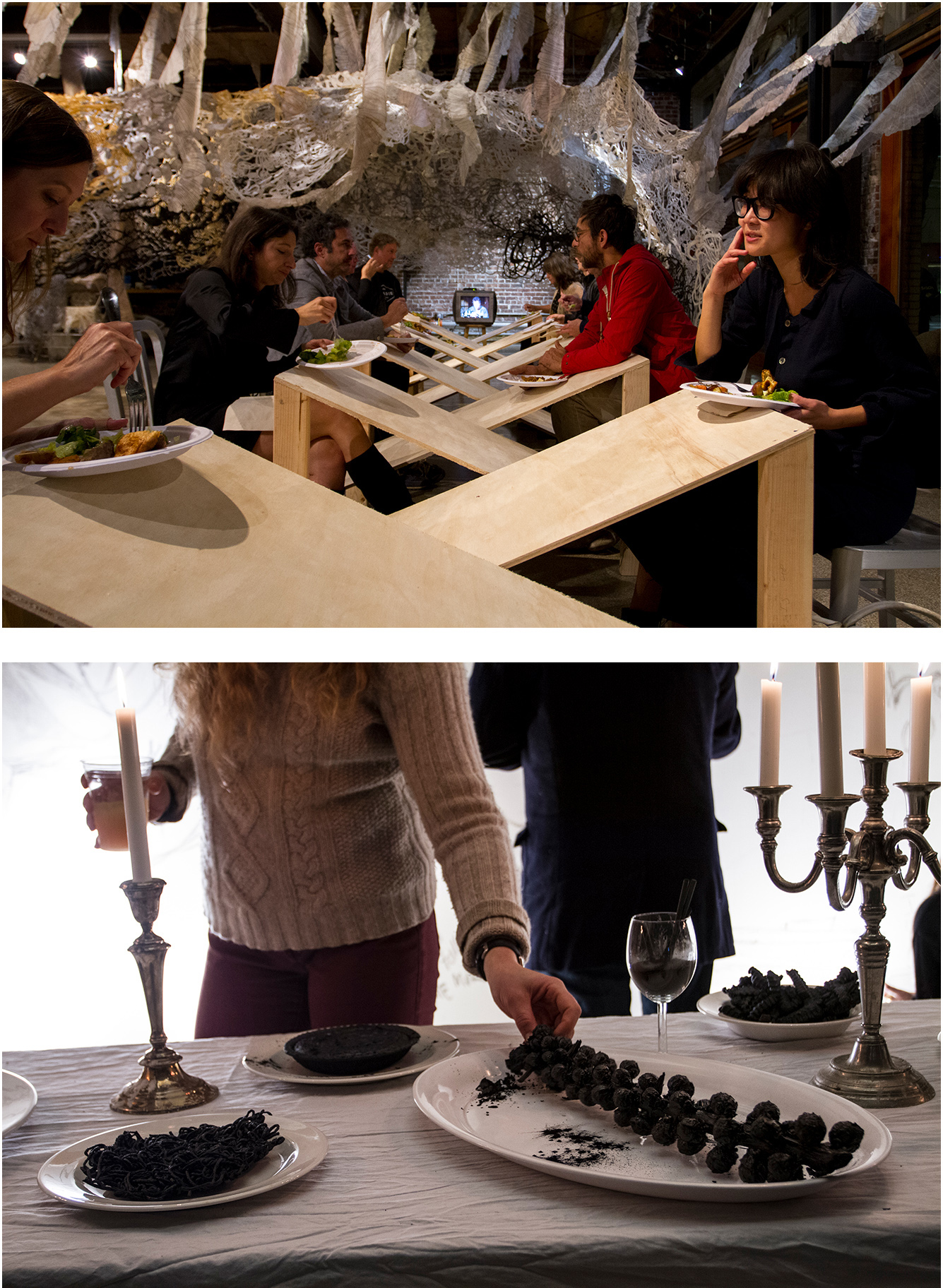 In collaboration with Seattle Public Library, I conducted a series of oral histories celebrating voices from Seattle’s vibrant LGBTQ community. From the interviews I directed and animated 5 short films of interviews with muppet-style puppets of the interviewees and stop animations of their stories. 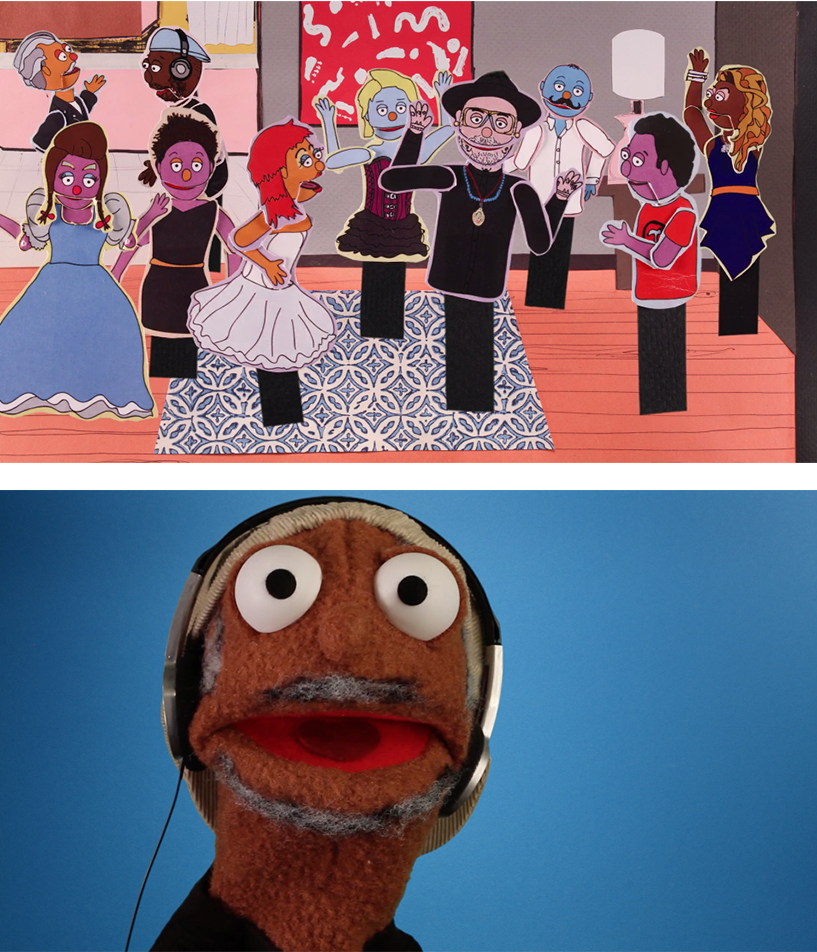