Artist Michael Bernard Stevenson Jr. uses the framework of art to play with and engage in the meaning of life. At times this involves the preparation, serving, and consumption of food, the making of toys, and creating, telling or listening to stories. Other times it involves different things than the aforementioned. As their work specifically occurs within the moments co-created by those present at the time, it is incapable of being reproduced identically for the purposes of commercial commodification. However, they welcome commissioned opportunities to produce content involving contexts and communities that are either familiar or new to the Artist. They are from Earth and are currently practicing Social Practice in Portland Oregon.

My work related to food is diverse in its pursuits, applications, and aesthetics. 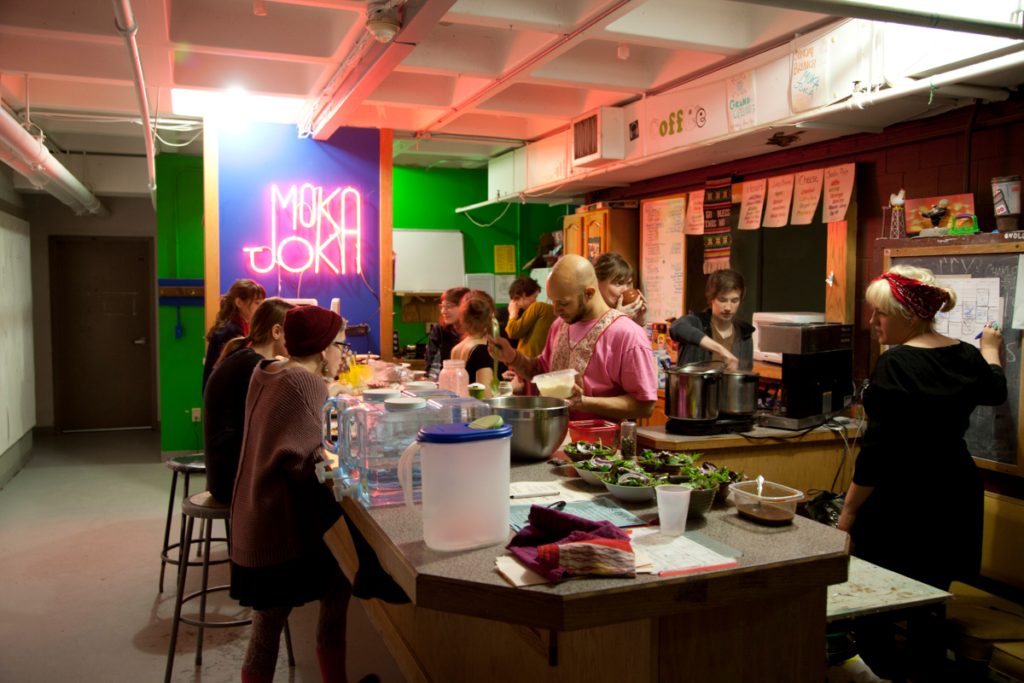 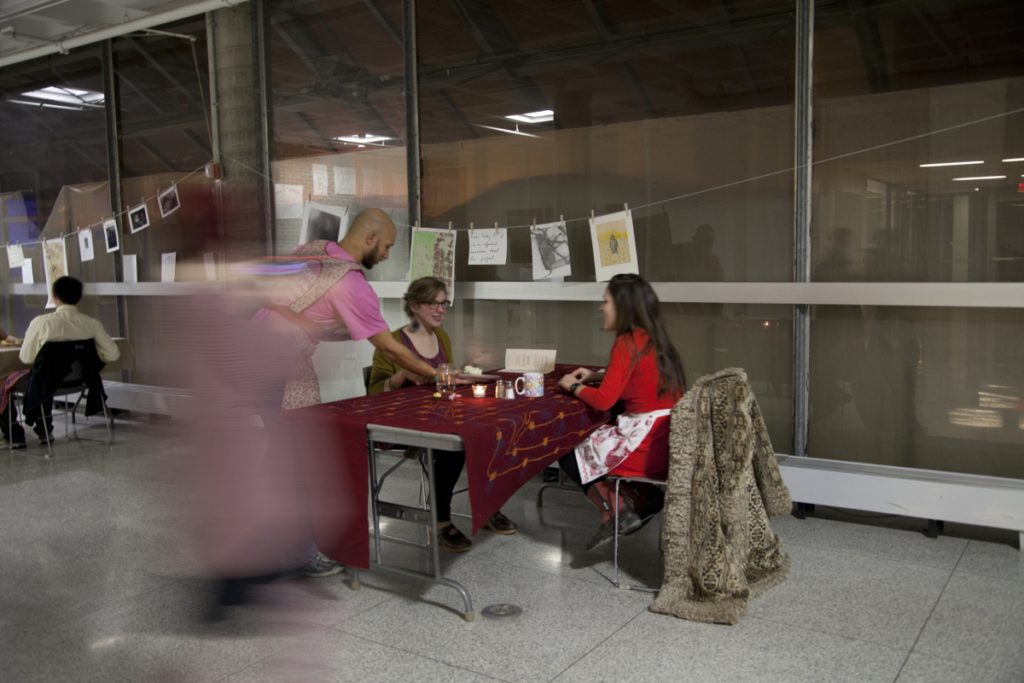 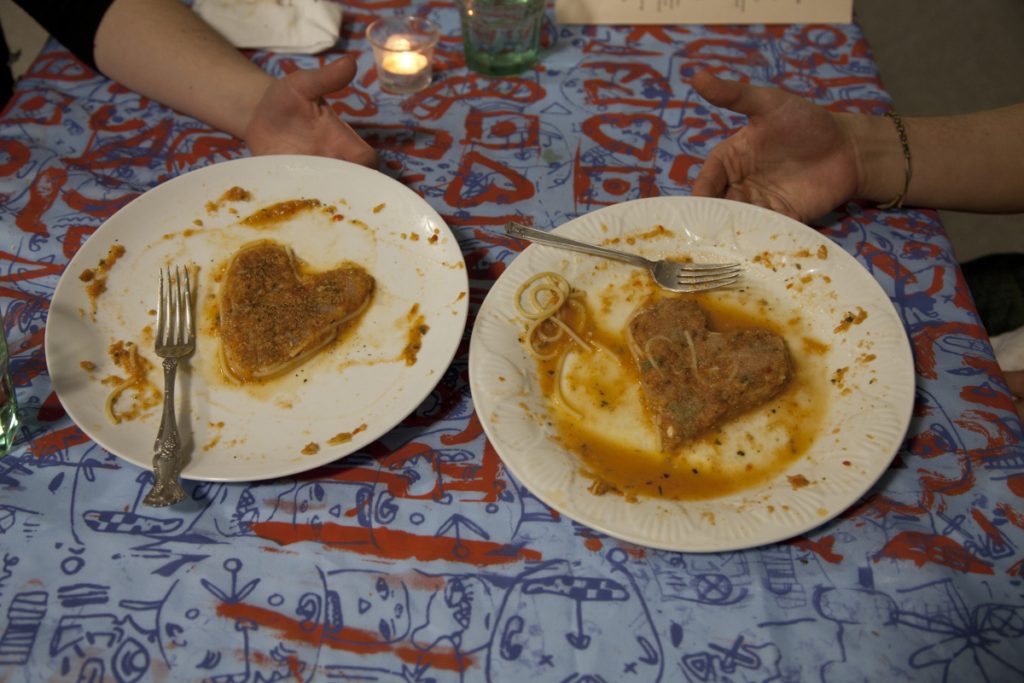 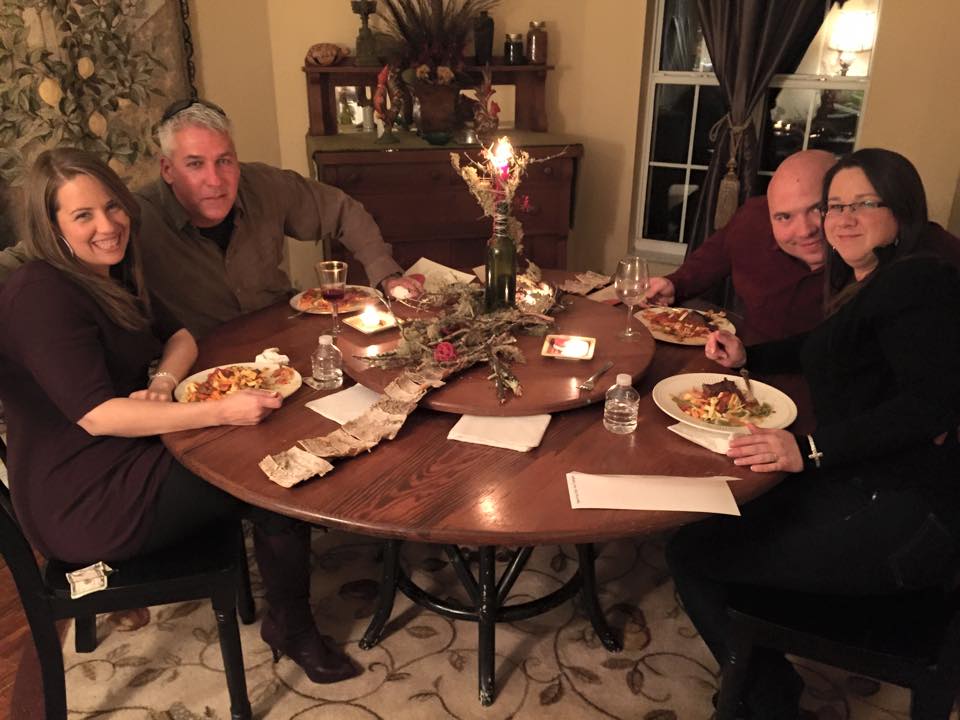 Tables for Two is a project celebrating valentine’s day that’s had two iterations so far. On both occasions I curated a four course meal using ingredients sourced from local friends and businesses close to myself and the other project curators/facilitators. In each instance reservations were taken in advance and a space was designed with multiple tables set for two. Documentation for the Alfred iteration can be found here, and the Florida iteration can be found here.

Ice Cream Speakeasy is a project inspired by a very close relationship with friend and farmer Jerry Snyder of Sunny Cove Farm. Jerry is a dairy farmer and raw milk salesman and advocate. From him I learned everything I know about raw milk, which is a controlled substance and all together a contentious issue. Upon learning the plight of those who wish to sell raw milk at risk of arrest, imprisonment, and seizure of their very livelihood I decided to involve myself. In the project I use raw milk to make ice cream, often traveling across state lines to retrieve the ingredients. The preparation of food with raw milk from another state is illegal on both accounts. The participants of Ice Cream Speakeasy events become more aware of the precarious legality of raw milk by openly disregarding the prohibition of the substance. More images can be found here. 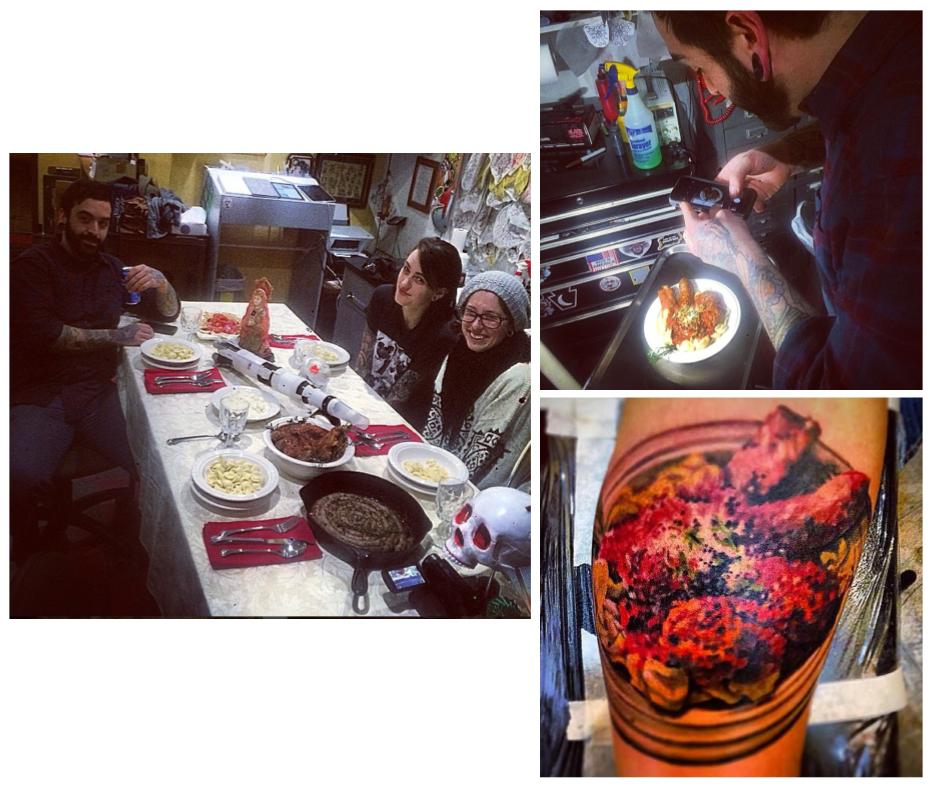 Sustenance & Spectacle is a two part documentary shot by friend and artist collaborator Samantha Wiechert. In the first documentary she follows me as I procure ingredients from the same Brooklyn pork store as my maternal grandparents did when they made the featured meal. Later preparing a classic Italian gravy and all the fixins’ to bring to Luke LoPorto at his shop, Timmy Tattoo. There Luke made the perfect plate, photographed it, and tattooed the image the following day. The process and product is an homage to my grandmother, Mimi Sforza, commemorating her life and traditions. Mimi is still alive today, however the tattoo is a part of a larger project where I honor my ancestors through tattoos, wearing my coat of arms on my arms.
The documentary can be found at the respective links: Sustenance & Spectacle Part I and Part II 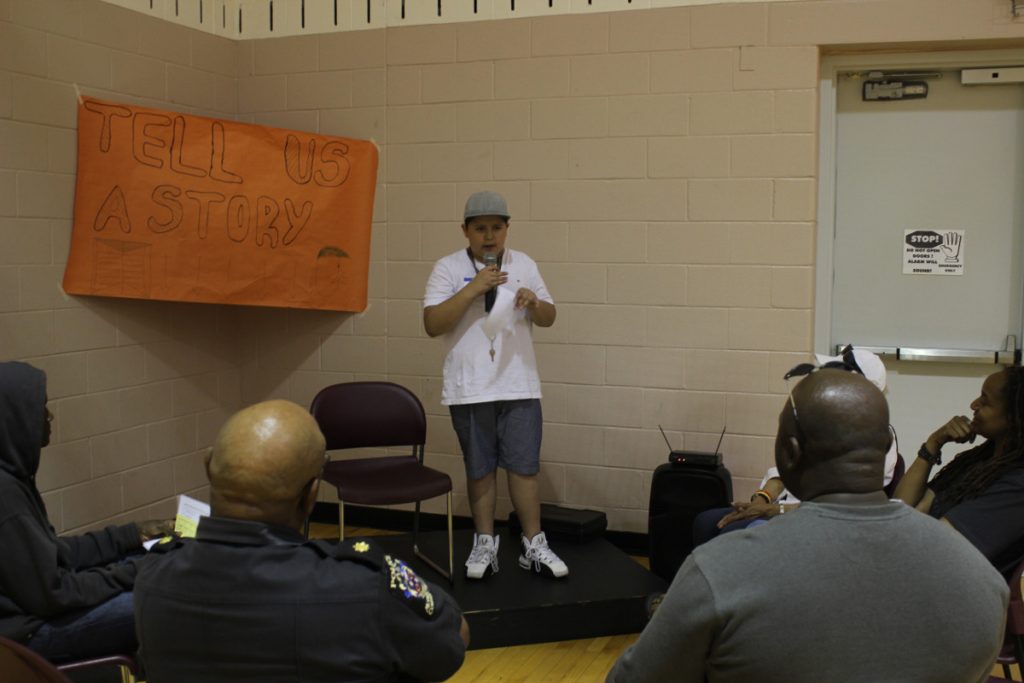 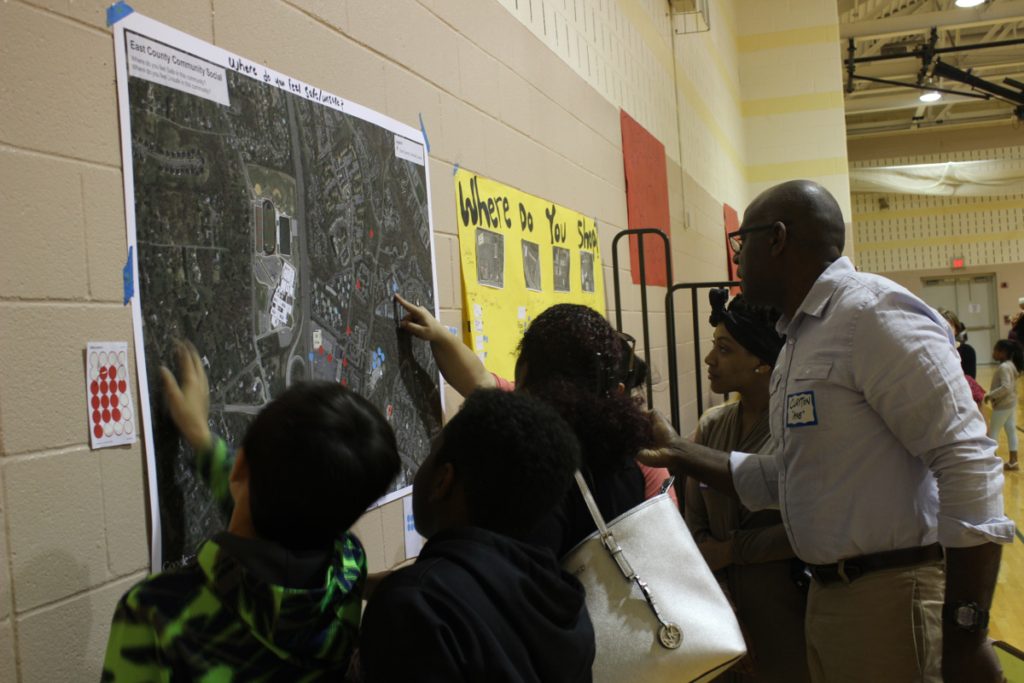 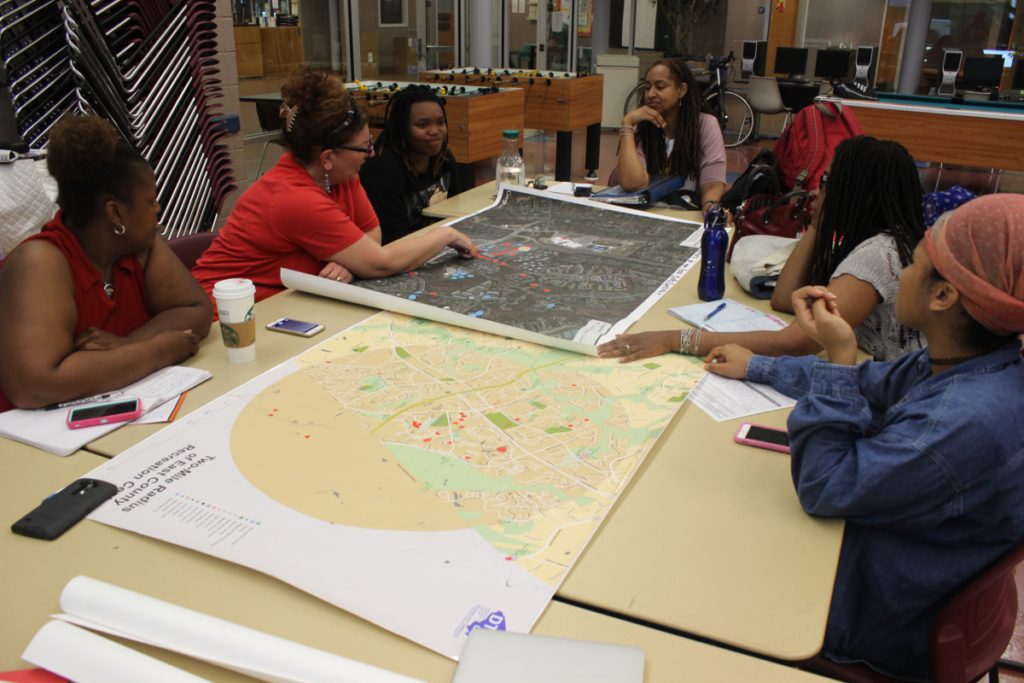 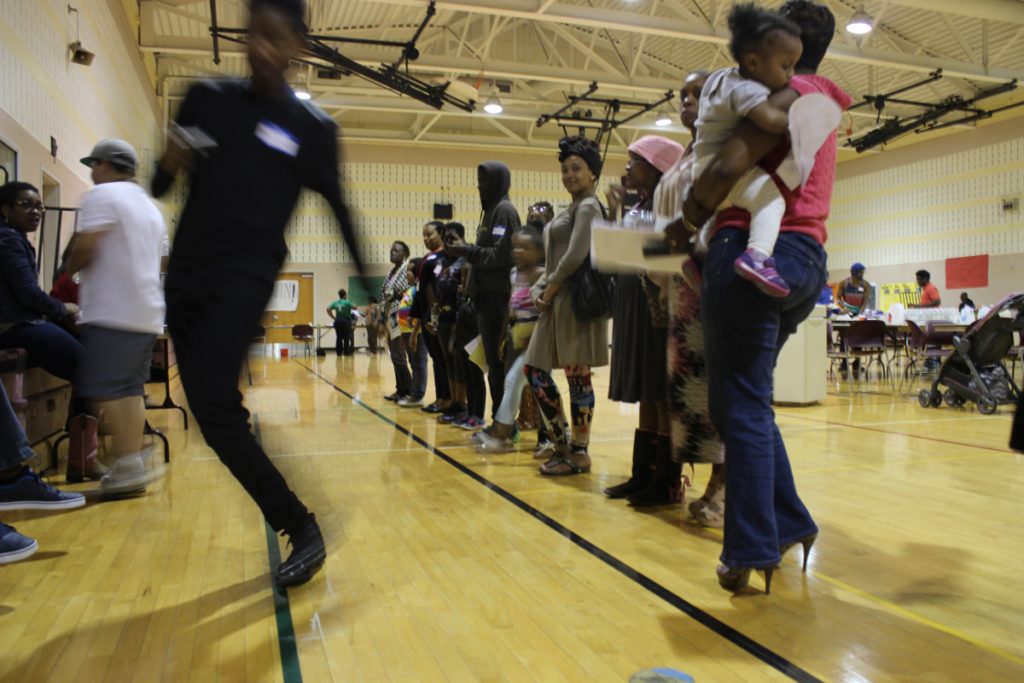 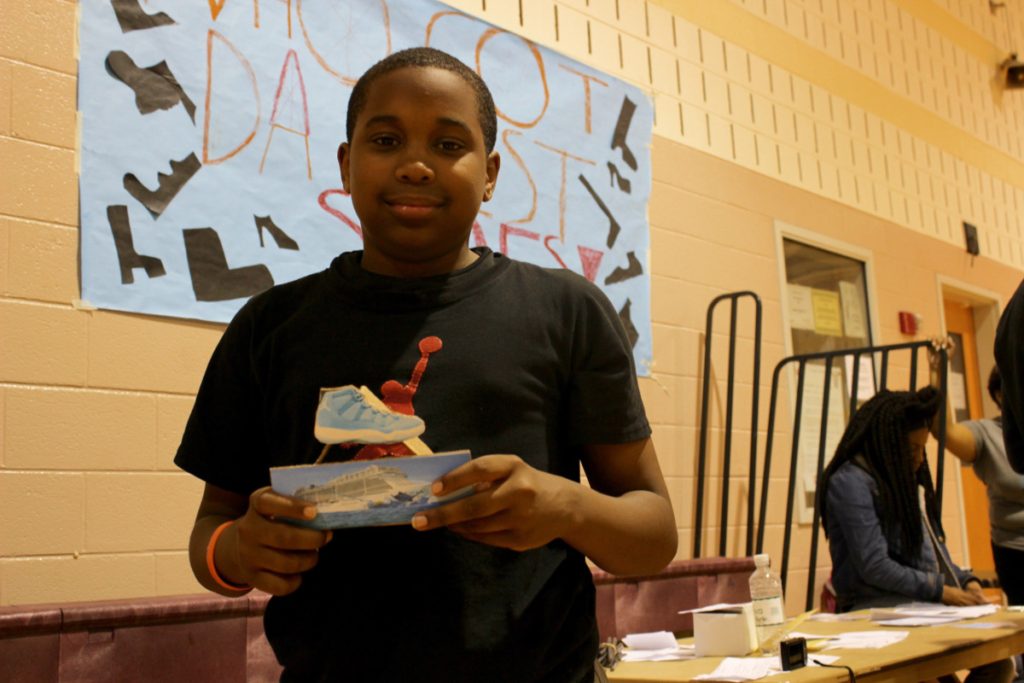 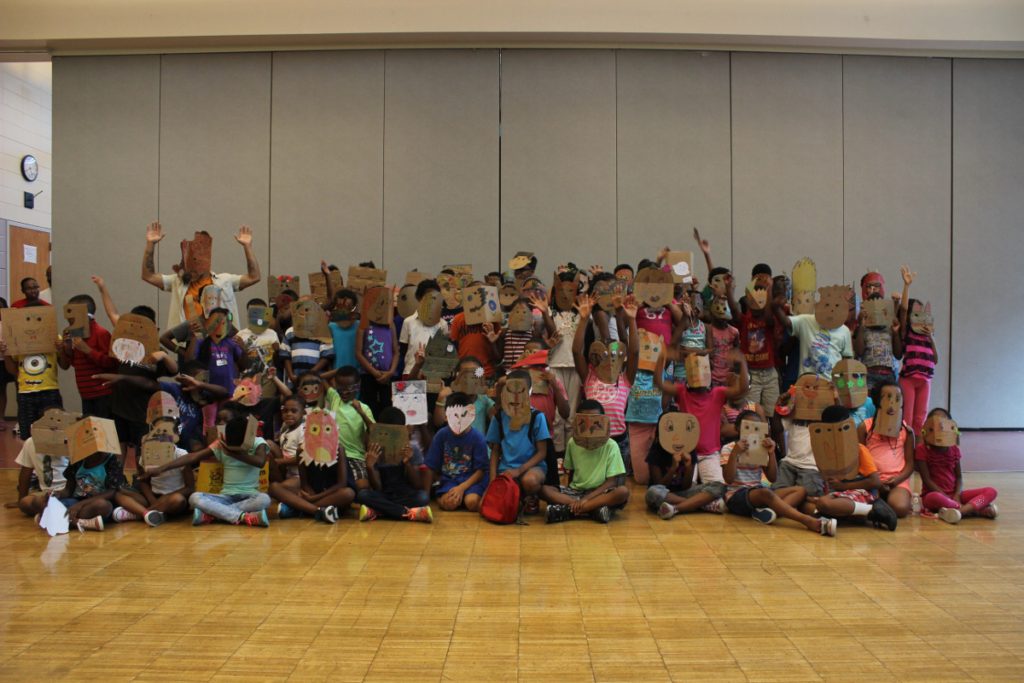 Community pARTnerships: In 2015/2016 I spent a year in service as an Americorps VISTA. My responsibility as Community Arts Coordinator was to engage the East County community in Maryland and assist in the creation of new youth program in the community arts. During the year I organized various events and activities that sought to garner community perspective on how best to build the programming. Depicted above are a few activities that took place at The East County Community *ice cream emoji* Social. Tell Us a Story involved the simple prompt to tell the audience a story. Community Mapping was a station asking residents to share where they feel safe and unsafe by placing colored stickers on a satellite image of their community. And the Who Got Da’ Best Shoes Competition was an opportunity for community members to show off the best way they knew how, showing off their favorite kicks. Documentation of the Social can be found here. During the summer I was responsible for a youth program of my own prompting the youth to reflect on their best qualities and make a mask expressing them. 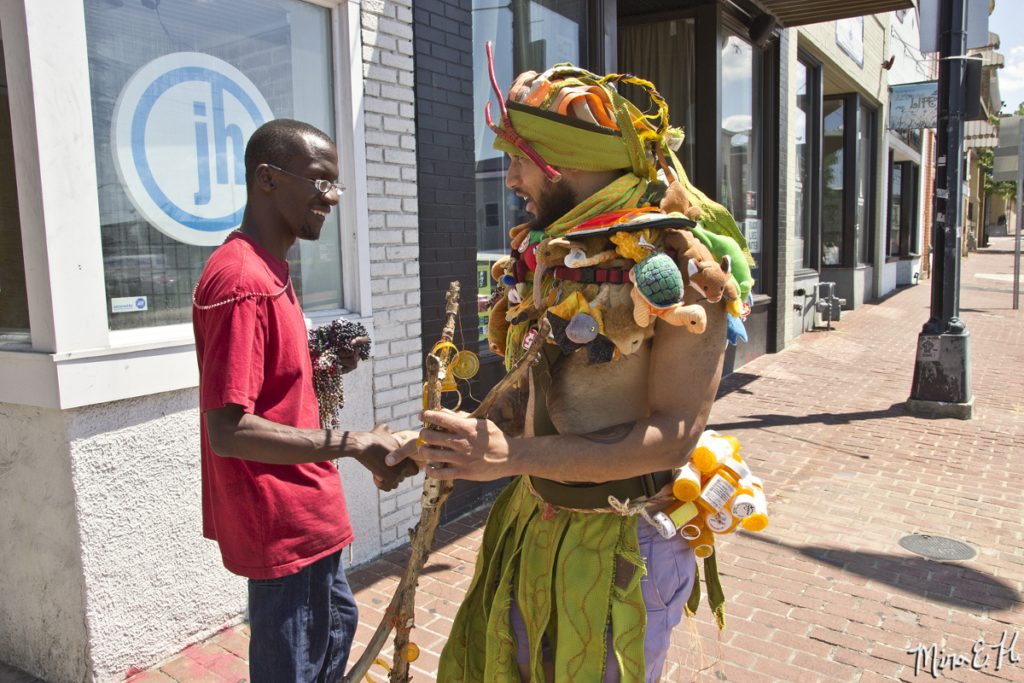 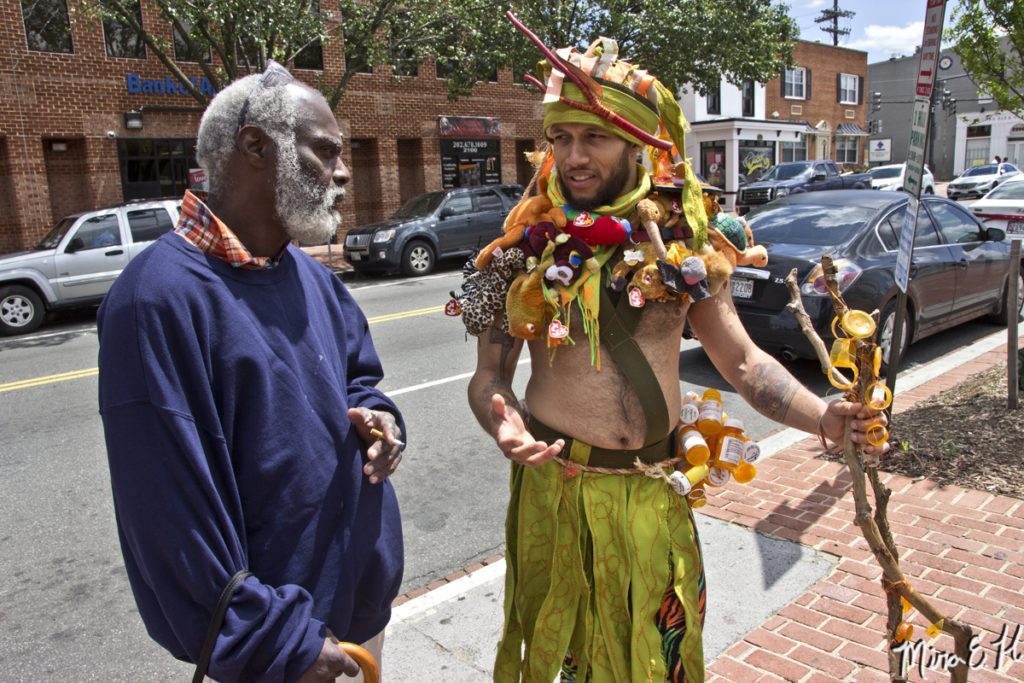 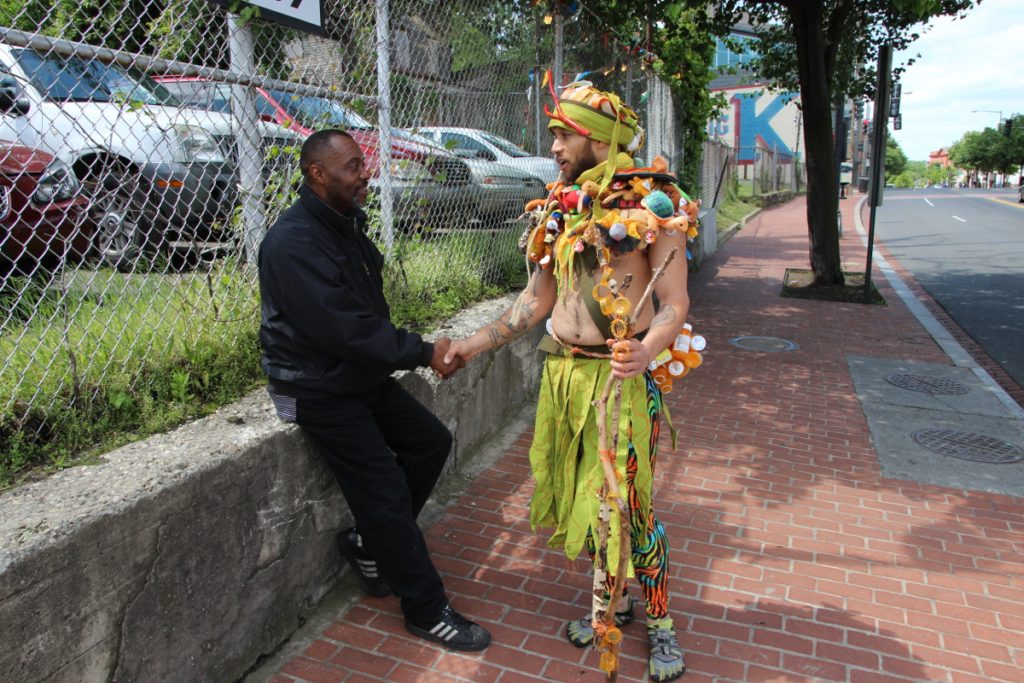 The Urban Shaman is an alter ego I developed to explore, reflect, and critique my own culture. Through the development of this persona I’ve sought out others to engage them in reflection on their culture and communities. More can be found here and here.