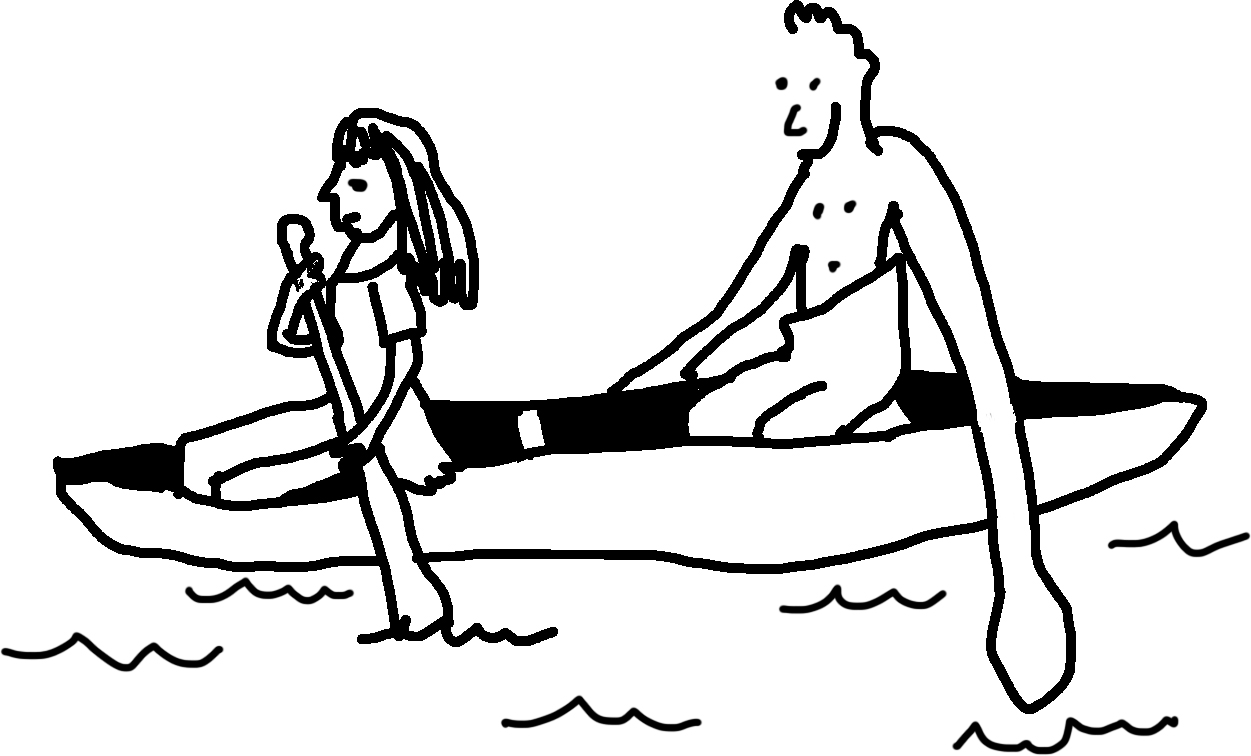 ROZ CREWS creates site-specific projects that require participation from an audience and involve social engagement as a method of research. Her current work interrogates notions of community and encourages critical reflection on how “we” define the word in support of, or to deny, assumptions. She experiments with inventing communities as alternative ways of living and relating while asking us to consider our daily interactions within our communities. She is currently supported as the Artist in Residence at Portland State’s University Housing and Residence Life Department. rozcrews.info or on Instagram @rozcrews

Roz and Nancy collecting samples, stories, and beers from neighbors in the Sunnyside neighborhood.

In collaboration with Adam Moser and Nancy Prior as part of Roz’s residency at LIKEWISE.
Presented by LIKEWISE.

The Neighborhood Research Institute is a collaboratively developed art project, data collection site, and living archive of research from the Sunnyside and Richmond neighborhoods in Portland, Oregon collected in the spring of 2016. The two-month project is an experiment in artistic research that utilizes methods from ethnographic and historical research in combination with exploratory methods developed by the artists.

Along with more traditional methods for collecting research like oral history recording, photo documentation, and informational surveys, Crews, Moser, and Prior organized alternative forms of neighborhood research like a weekly lecture series by artists who live in the neighborhood, side-car motorcycle rides for the public given by a neighbor, a Beers from the Neighborhood Archive which collects beers from neighbors’ fridges and replaces the beer logos with a photo of the neighbor who donated it, a tour of the Van Veen Nursary by owner and long-time resident Kathy Van Veen, Neighborly Behavior prompt cards distributed to residents throughout the neighborhood, and a Large Acquisitions Lending Shelf that features a rotating set of large objects lent to the institute by neighbors for one week at a time.

The research is primarily collected through social engagement with and between neighbors, but the researchers are also sifting through archival and secondary data to learn more about the formation and maintenance of the neighborhoods. All of the information and objects collected are organized as a store-front installation in LIKEWISE (located in the Richmond neighborhood) during April and May 2016, and at the end of the residency, the artists will produce a book of stories, interviews, and research documentation that expands what it means to categorize oneself as a neighbor in a community that is rapidly changing as a result of gentrification.

Jade holding Penny the duck while Eli takes a photo of Jonthan Hartshorn’s painting during a Sunday Painter’s Group meeting at their in-home gallery, Conduit.

Organized as twelve week semesters, Sunday Painters Group meets weekly on Sundays from 12:00-2:00 to practice conceptual art-making. The meetings take place at various public locations in Portland, Oregon. The founders and participants are artists and educators interested in making art more accessible and liberating. Each week a different member of the group leads a session based on an assignment they created. The process fosters the decentralization of authority in an educational setting, and it requires all members of the group to accept responsibility in their role as student and teacher. In September 2016, Roz and Spencer founded Sunday Painter (a publishing press).

Lewis and Clark Art Week, Jen Delos Reyes and the ArtGym at Marylhurst University, and Prequel Artist Incubator have invited us to present special events and workshops.

Students who participated in the project as tour guides of the exhibition.

Presented by PSU University Housing and Residence Life. Student Research is an experiential education art project that features a collaboratively developed public exhibition of research, Globalization Through the Artist’s Lens, created for the Portland State University Broadway Residence Hall by first-year college students who live there and study globalization in the First-Year Experience Freshman Inquiry program.

The students worked for several months with the University Housing and Residence Life (UHRL) artist-in-resident Roz Crews to apply their gained knowledge from a class about Immigration, Migration, and Belonging to an open-ended research project inspired by works of art from the Portland Art Museum. The students distilled their research into exhibit panels designed by UHRL’s graphic designer for an exhibition of their projects. As the final step, the students designed participatory activities based on interactive museum education models which they enacted with the public during the opening of the exhibition on May 13, 2016 from 10-11AM; there was a group discussion with students, faculty, and audience members after the opening where we discussed the implications of presenting this research publicly. The hour long exhibition opening was curated as part of Assembly: a co-authored social practice conference held annually at Portland State University.

The final installation in the second floor of the Broadway Residence Hall at PSU included the following: nine informational exhibition panels featuring written research by first-year students that include a relevant timeline and images, nine printed photo reproductions of the artwork from the Portland Art Museum’s Northwest gallery that inspired the student’s research, one description panel that contextualizes the exhibition, seven interactive activities led by students, and a guided tour led by four students from the class. The title, Student Research, refers to the topical research conducted by first-year students, but also the experimental, artistic research that Crews is conducting through the larger frame of this project. By working with non-art, undergraduate students in a collaborative format to produce an exhibition, Crews explores how an artist can use tools of social engagement and experiential education to produce new knowledge and foster expanded methodology for teaching topics like globalization. 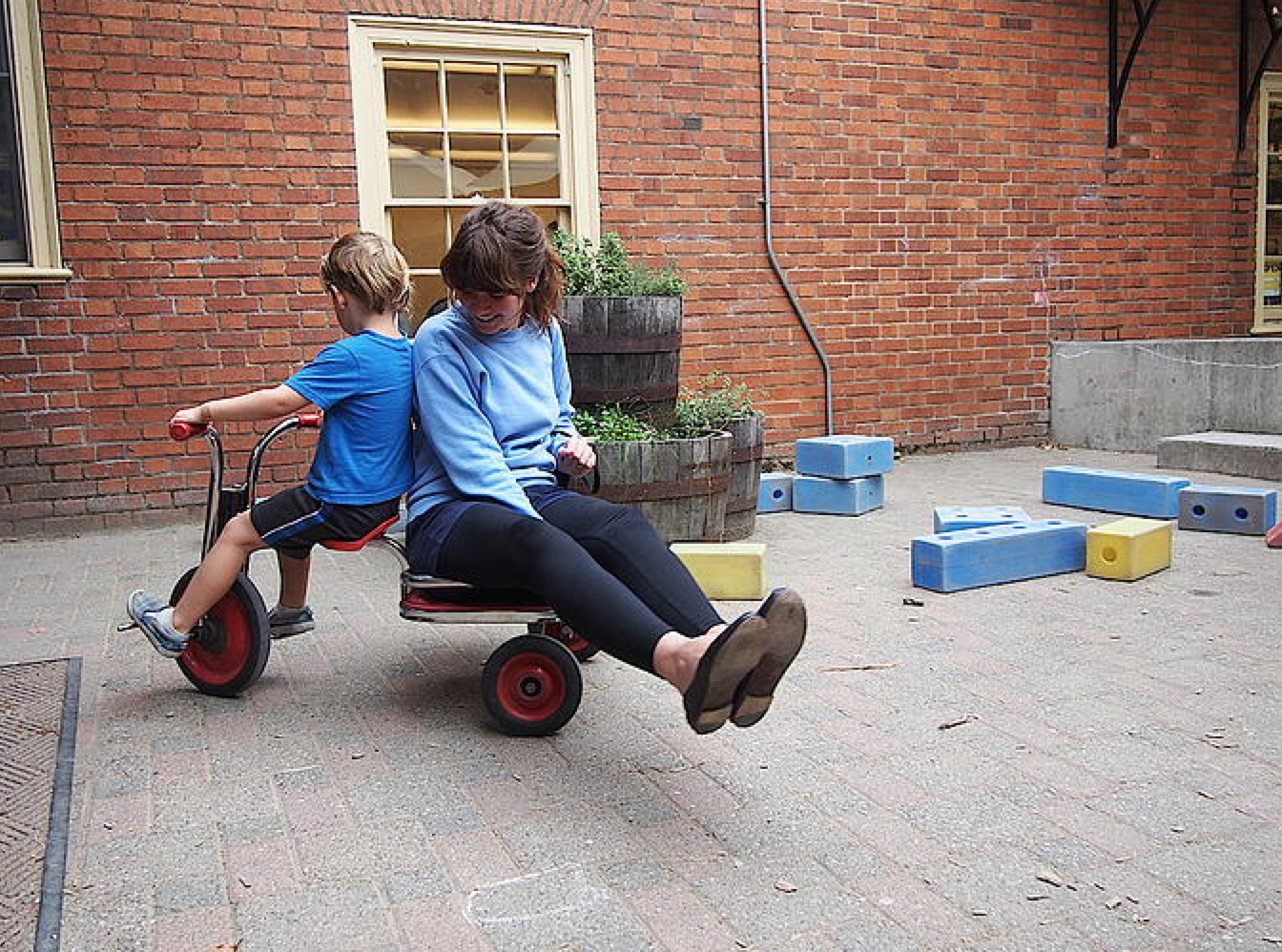 Roz with Odin at his preschool. Odin has a toy Ford Bronco, and he dreamed of seeing a real Bronco. We picked him up from preschool, ate lunch, listened to his favorite music, and danced in the Bronco Gallery.

As part of the Bronco Gallery‘s 2015 programming, the Bronco Gallery Experience project was designed to re-engage the Ford Bronco turned gallery as a vehicle for helping people have experiences they couldn’t have without it.

The project started with a two week “gallery show,” and resulted in many shared experiences between strangers, one video projection, one dog on a pedestal, several incredible experiences, three main projects (Sam Loren, Katie Holden, and Chris Freeman), a trip to Lincoln City’s bi-annual kite festival, three hand-made kites, three rolls of film documentation, a newly established residency program in the Bronco, new friendships, trust-building, people listening to an ASMR soundtrack in the Bronco, a police chase, and a toddler dancing to Metallica in the Bronco. 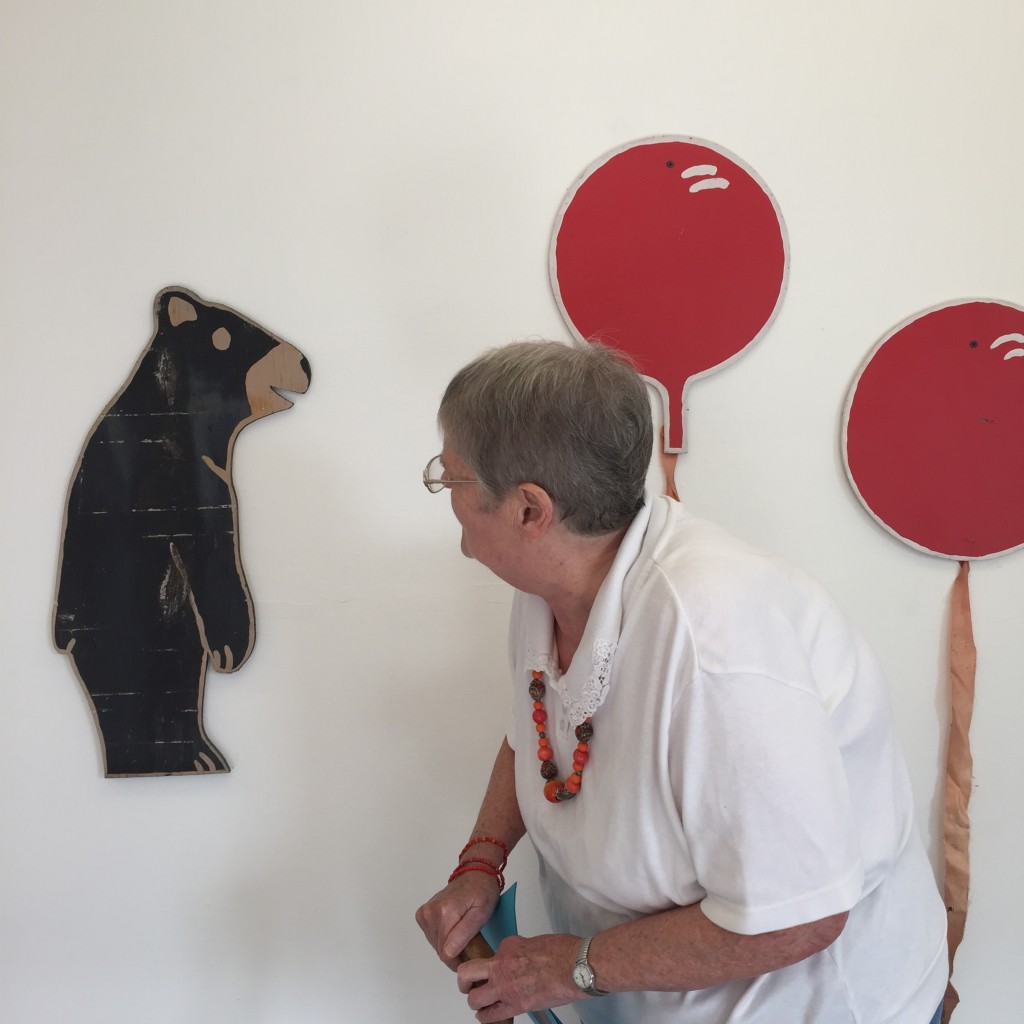 Lorraine with her hand-painted signs installed at the Mildred’s Lane Complexity in Narrowsburg, NY.

A collaborative project that started with a walk around Narrowsburg, NY, and ended in Lorraine Boden’s first sold-out gallery show (she had never been to an art show before). 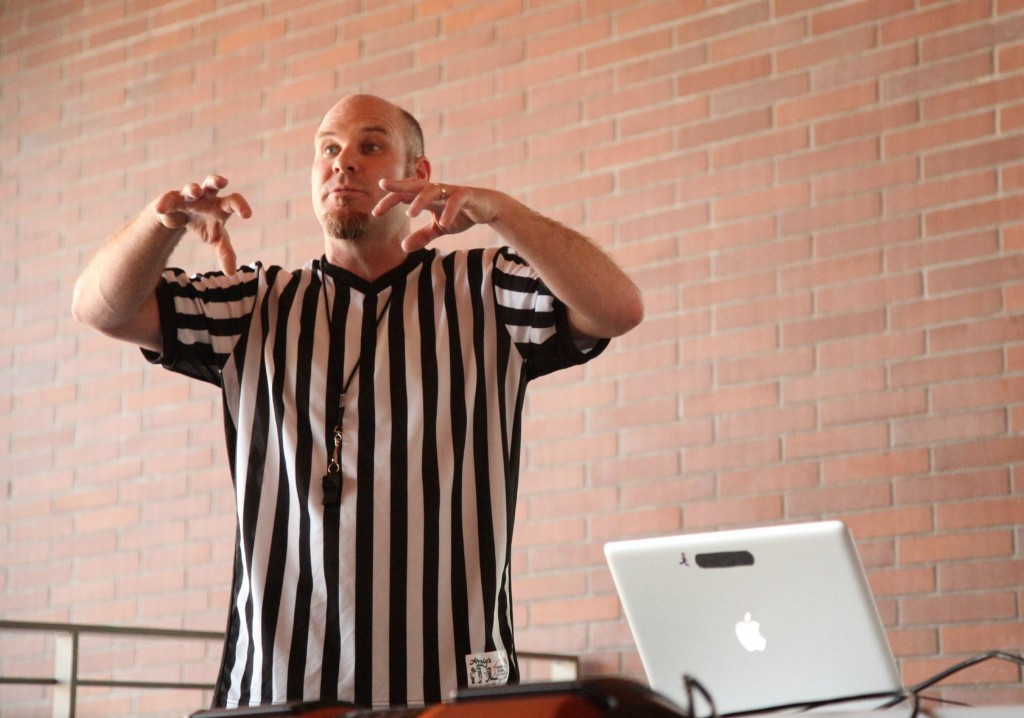 Centrally hosted at the Portland State University Campus Rec Center, the Art & Sports Lecture series included eight artist talks (centered around the artist’s relationship to sports and exercise), one Potato Splitting Championship event led by Lee Walton, one Art & Sports Brunch and panel discussion hosted at Likewise, one art show in a house, and many conversations about the intersections, similarities, and difficulties of Art & Sports.