Program alum Anke Schüttler’s project Answers Without Words was featured in an article by Oregon ArtsWatch.

PSU Social Practice named in Top 15 MFA programs in US.

Artsy featured the PSU Social Practice Program in a list of the top 15 MFA programs in the US. 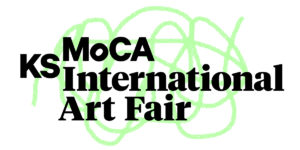 Announcing open enrollment for a summer session hosted by Art & Social Practice in collaboration with the King School Museum of Art! Students and artists interested in participating in the summer artist residency program can find enrollment information below.

Are you interested in how contemporary art intersects with everyday experiences in a public elementary school? Join the KSMoCA summer residency program and participate in a fun and socially-engaged collaborative art project.

Over the course of 4 weeks, participants will act as Artists In Residence at KSMoCA to produce the KSMoCA International Art Fair through a collaborative, experiential learning process. The art fair will include a group of 25 elementary school student “docents” and art institutions in Portland including: PICA, UpFor, Newspace Center for Photography, PNCA, and more! The KSMoCA International Art Fair will take place August 11-13, 2017 as part of Converge 45.

Open to non-artists and non-PSU students. Enrollment instructions can be found by clicking here.

The Music That Makes Us

The Music That Makes Us was a neighborhood music festival and local history archive project of the Kenton neighborhood produced by the PSU Art & Social Practice Program and presented at Disjecta in Portland, OR in 2016. 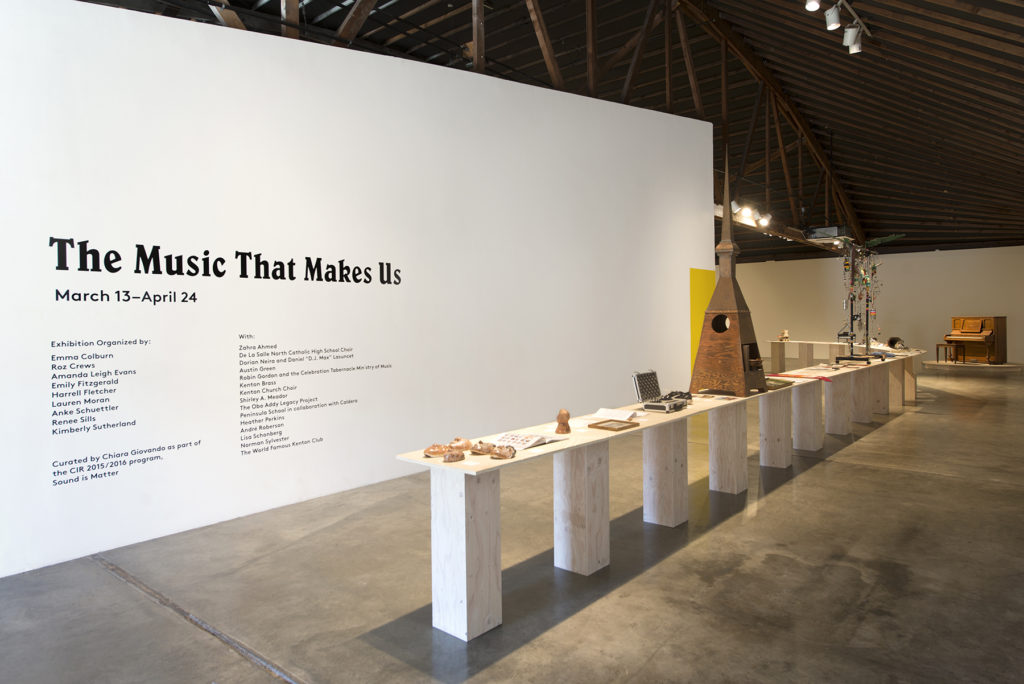 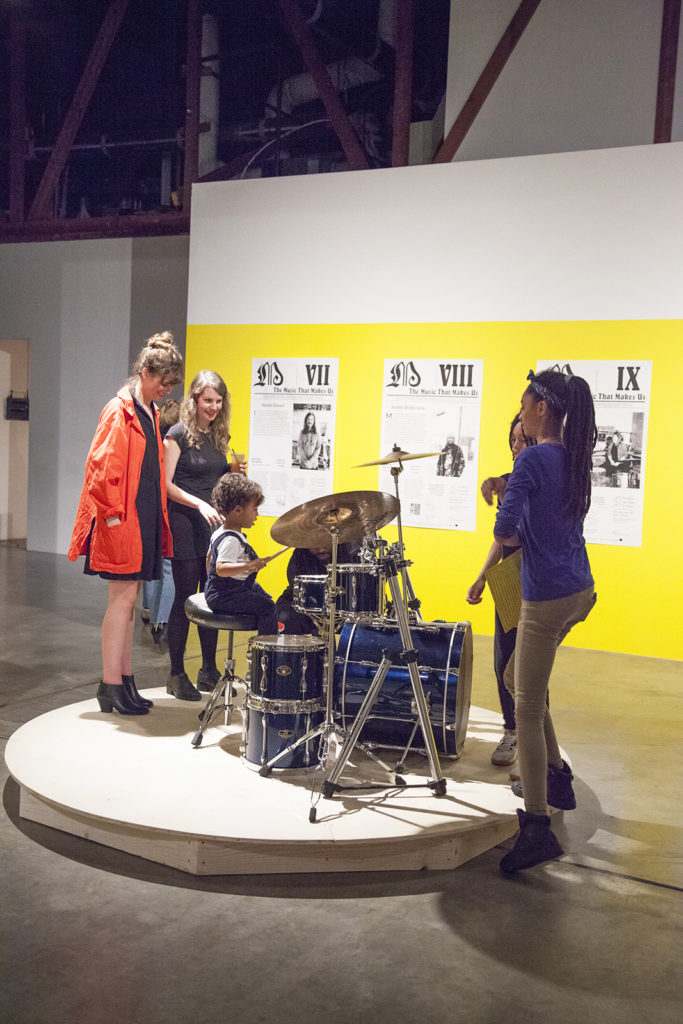 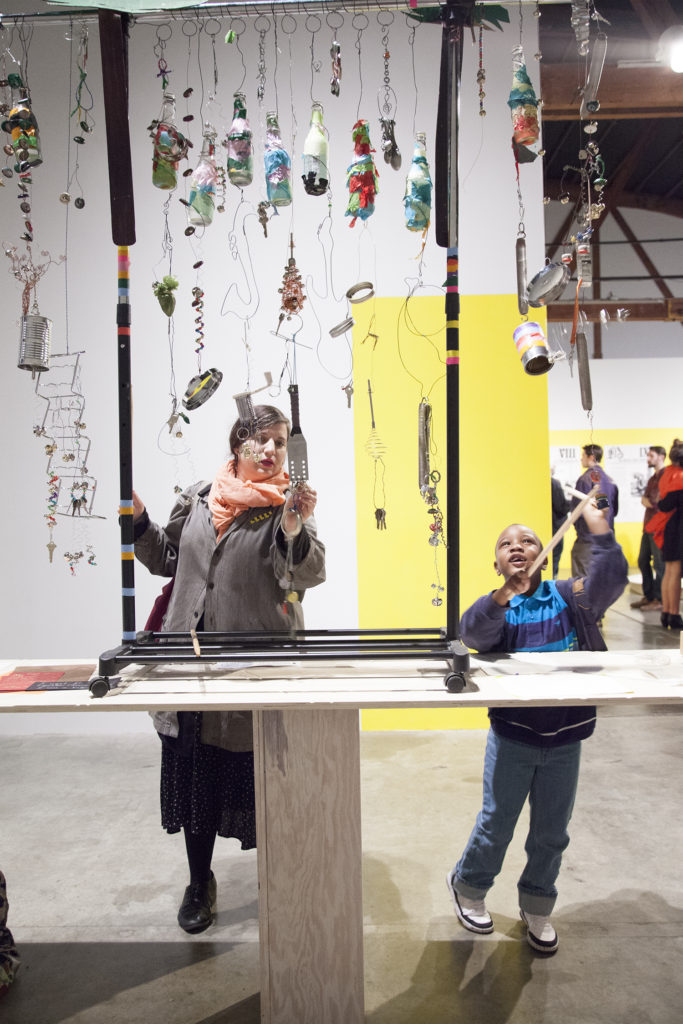 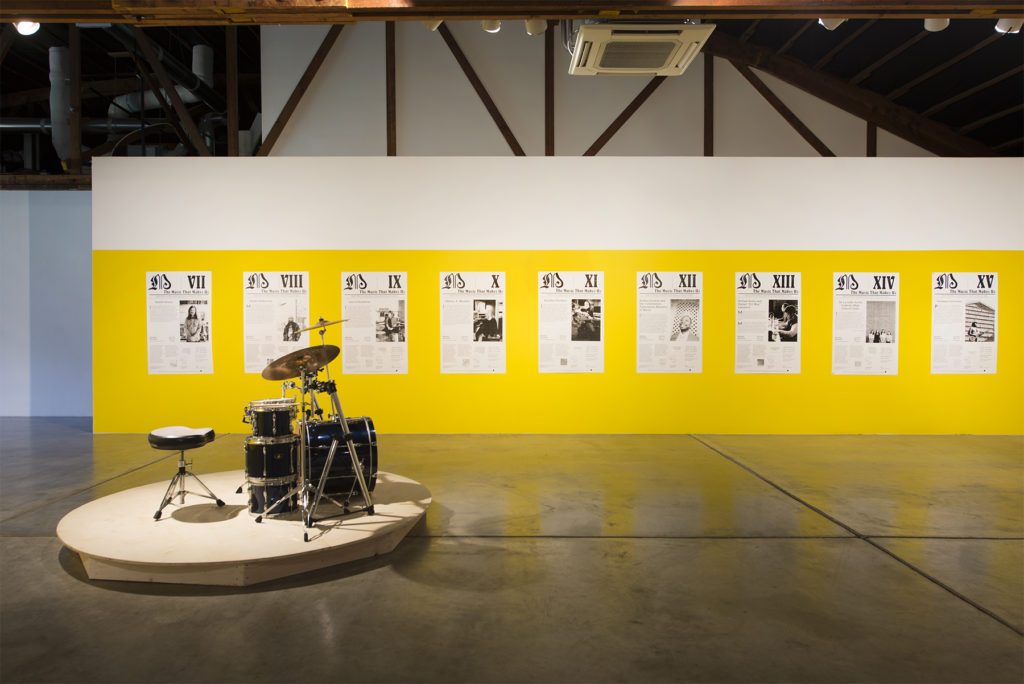 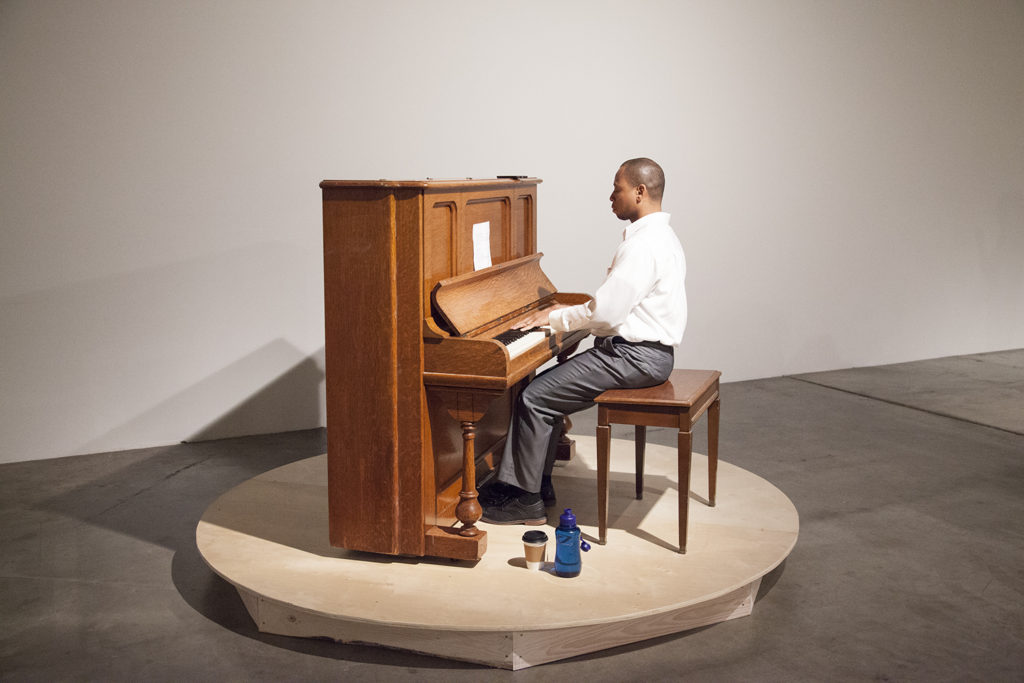 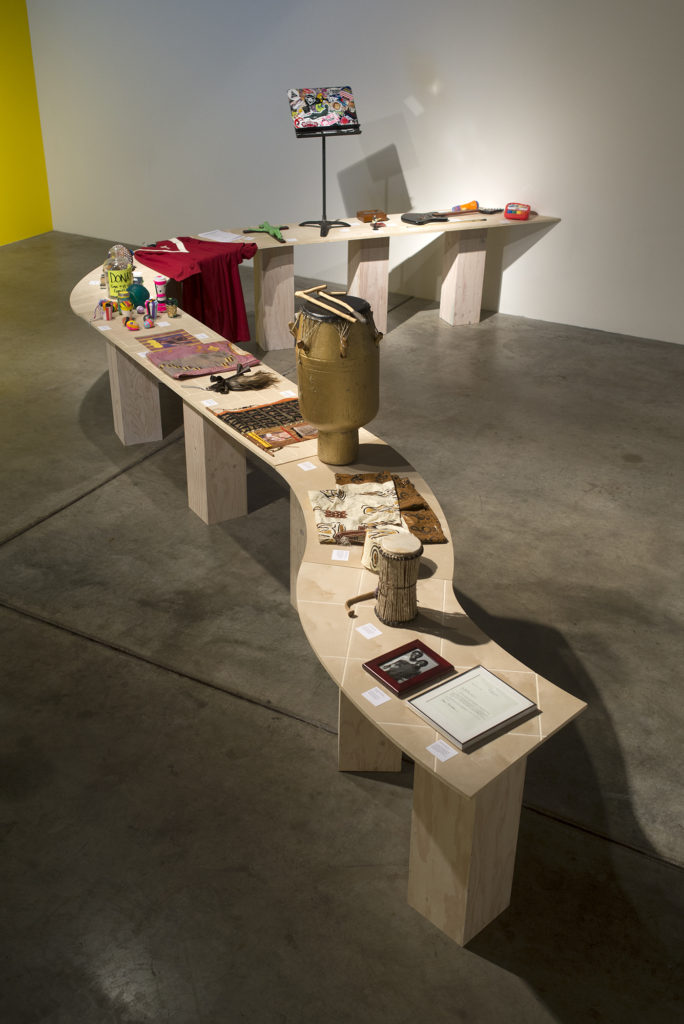 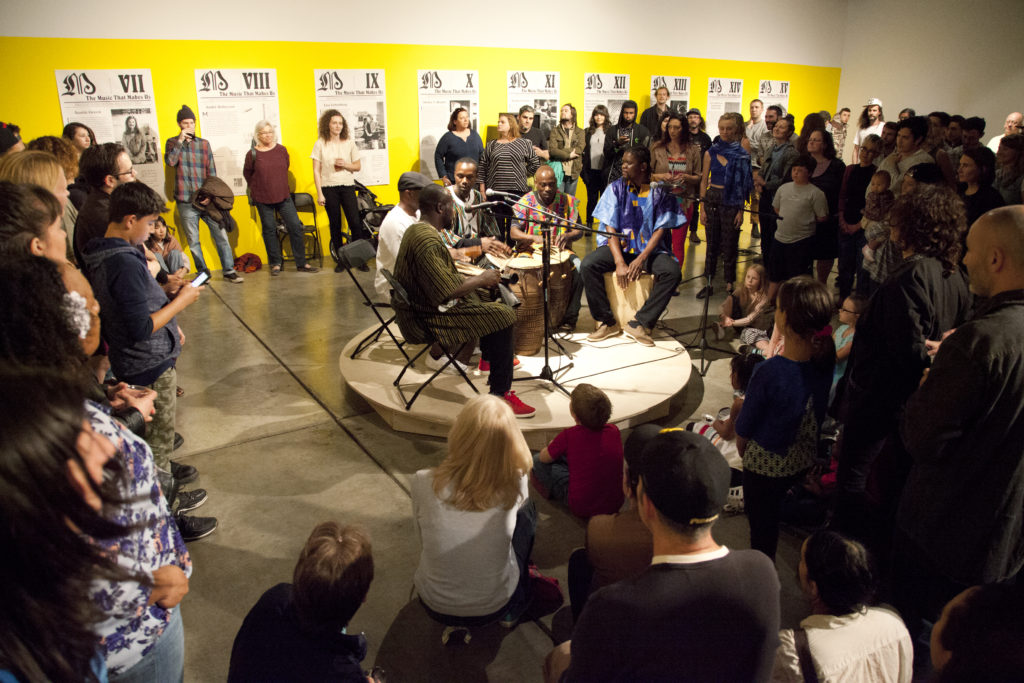 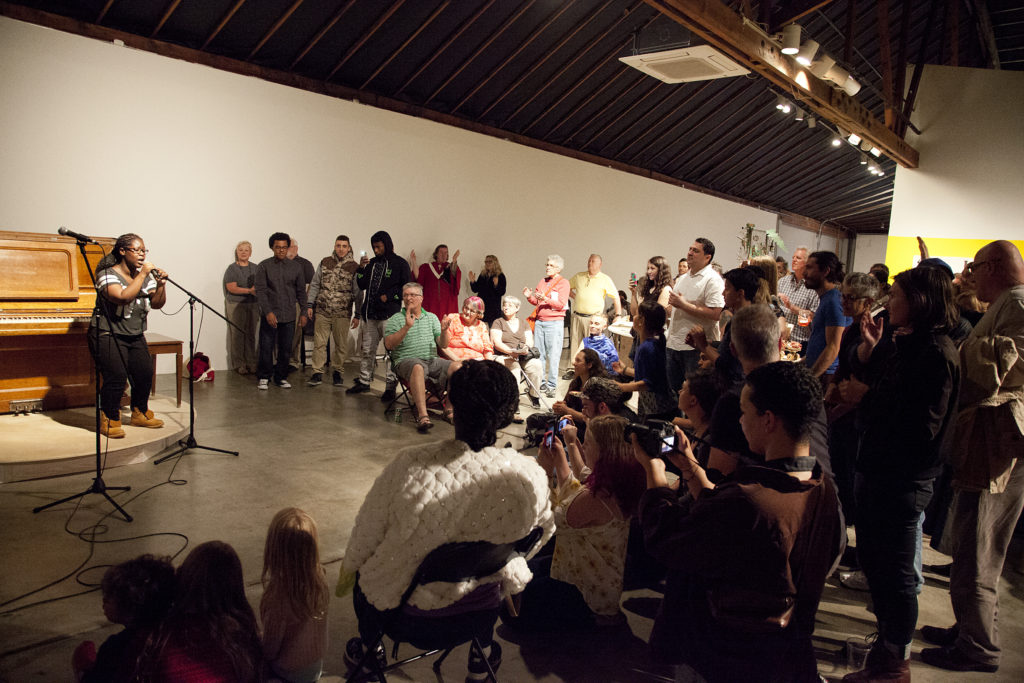 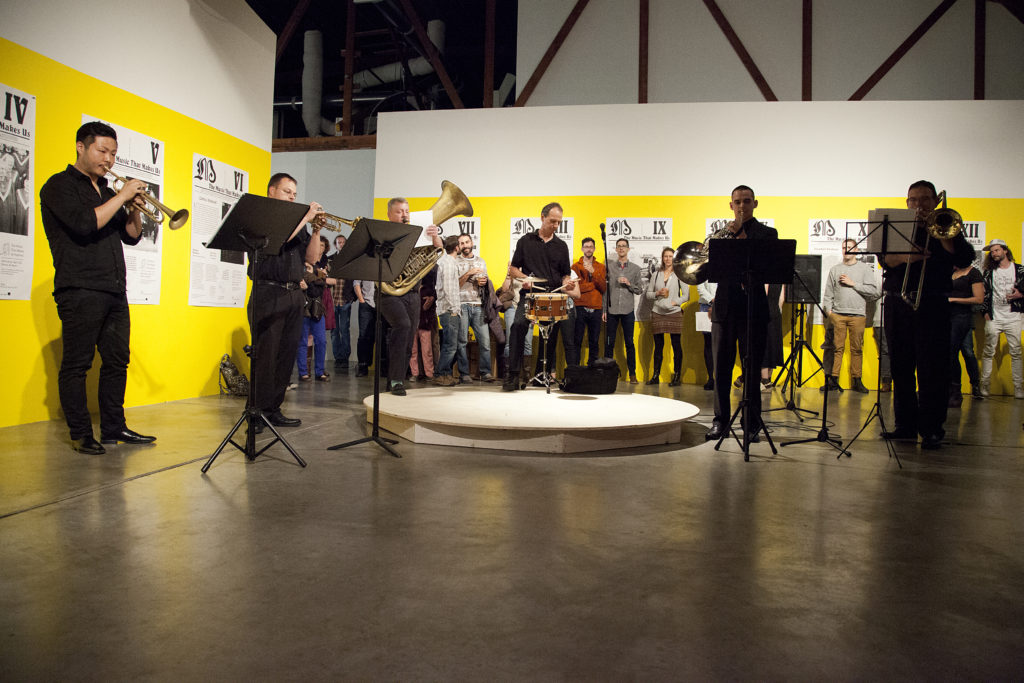 The Music That Makes Us is an exhibition, music festival and local history archive project that investigates a neighborhood through its music and emphasizes the value of diverse musical expression within a community. 15 different musicians and music groups from Kenton collaborated with us to create a living history archive of the neighborhood through shared personal artifacts, ephemera, and stories from their musical practice. The project seeks to highlight the broad range of musical experiences in the neighborhood and investigates how those practices intersect. Throughout the duration of the show there were spontaneous band practices in the gallery, group singalongs, dance parties, and a guided audio walk that explored Kenton through field recordings and stories from the participants. The project culminated in a live music festival with dueling stage performances by the musicians featured in the exhibition.

Events during the exhibition included:

Special thanks to Chiara Giovando, 2015-2016 Curator in Residence at Disjecta who invited us to produce this project. 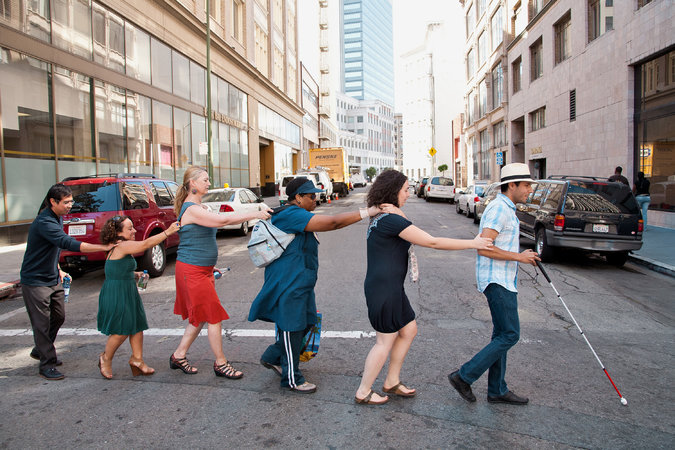 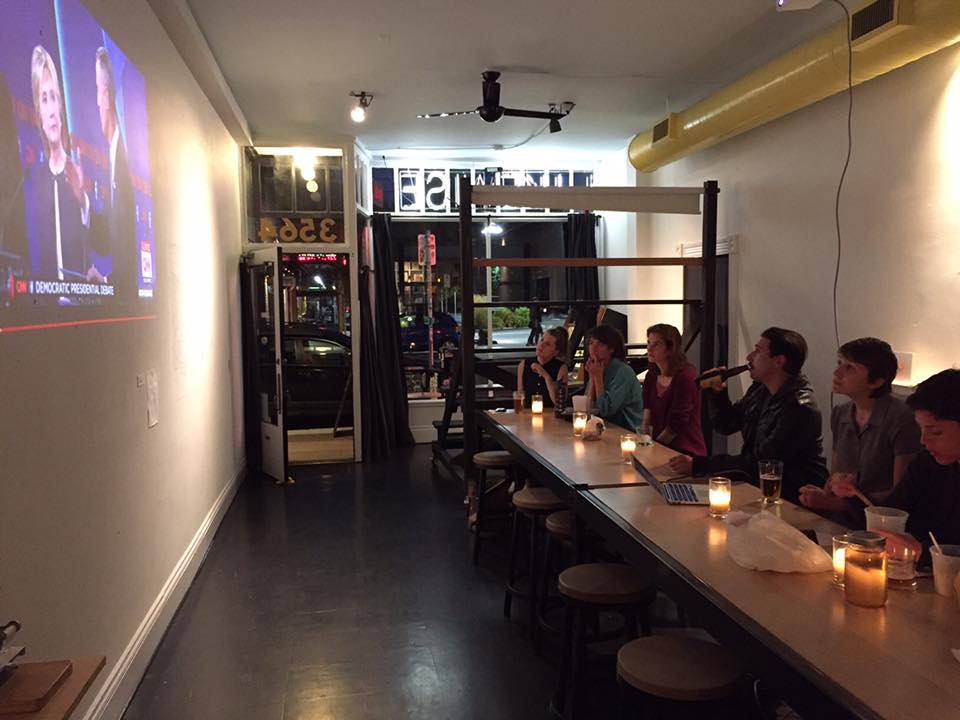 A weekly event for people and pets interested in Art & Social Practice; a casual place to share projects, learn about other people’s projects, discuss best practices, be critical but chill.  These get-togethers take place during the 2015-2016 school year.

Art and Social Practice is an artistic approach that emphasizes collaboration, shared authorship, public participation, site-specificity, and interdisciplinarity. It is often presented in non-art locations, and has no media or formal boundaries.  If you want to present your work to a social practice interested audience, contact roz@pdx.edu to arrange. 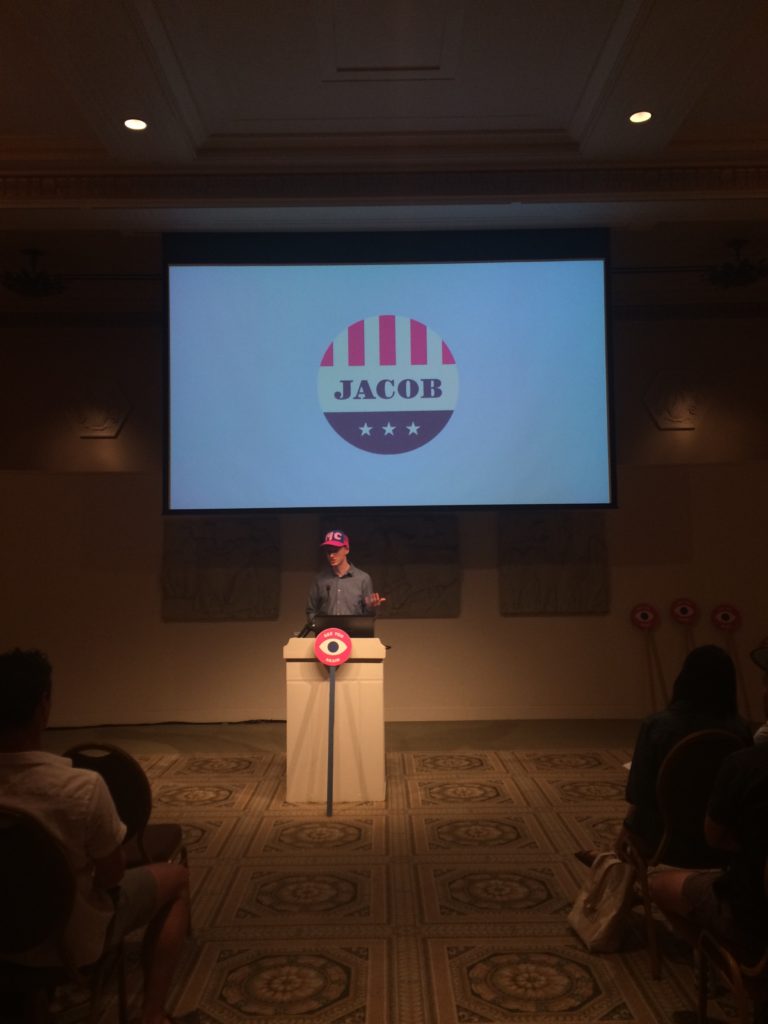 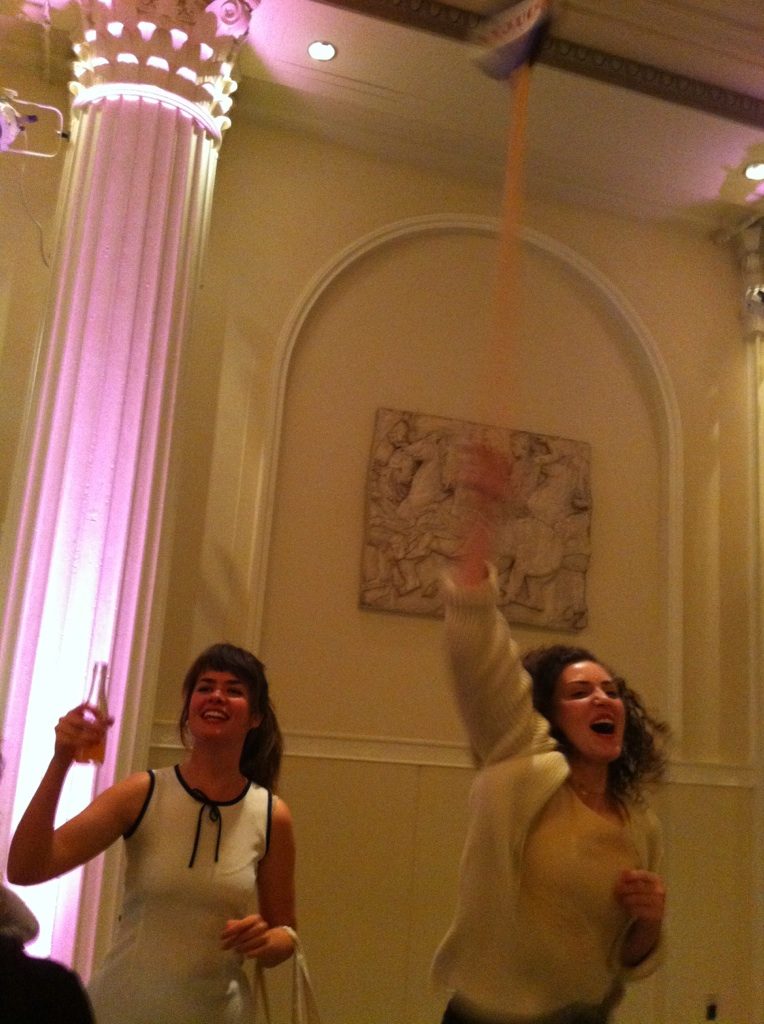 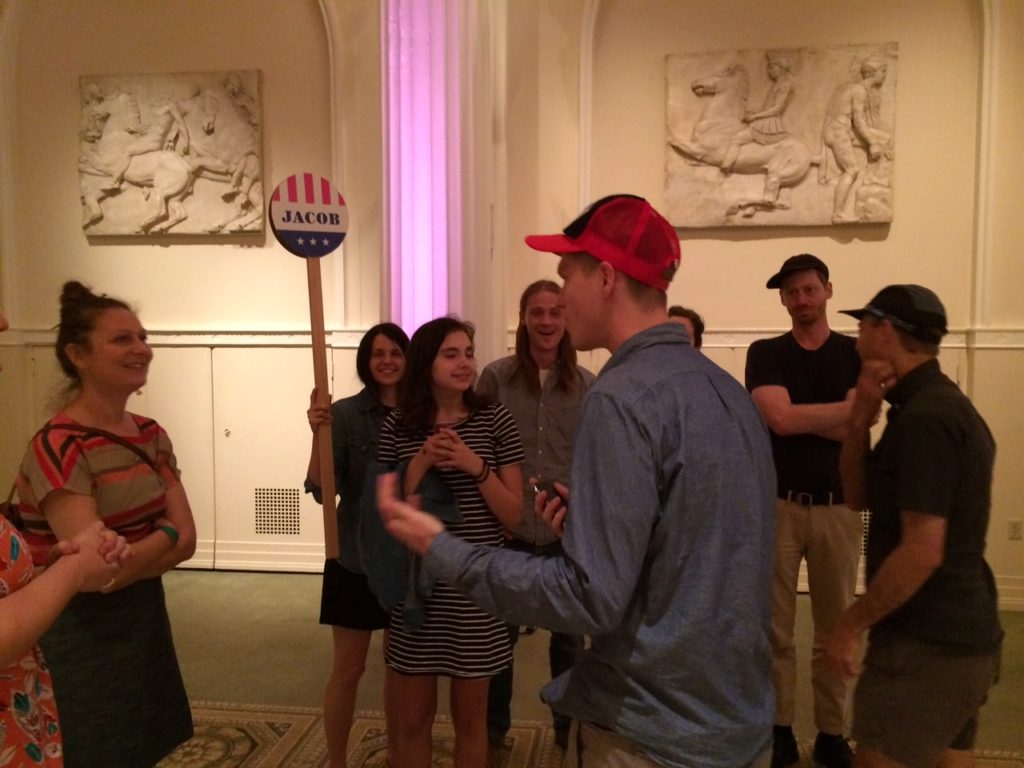 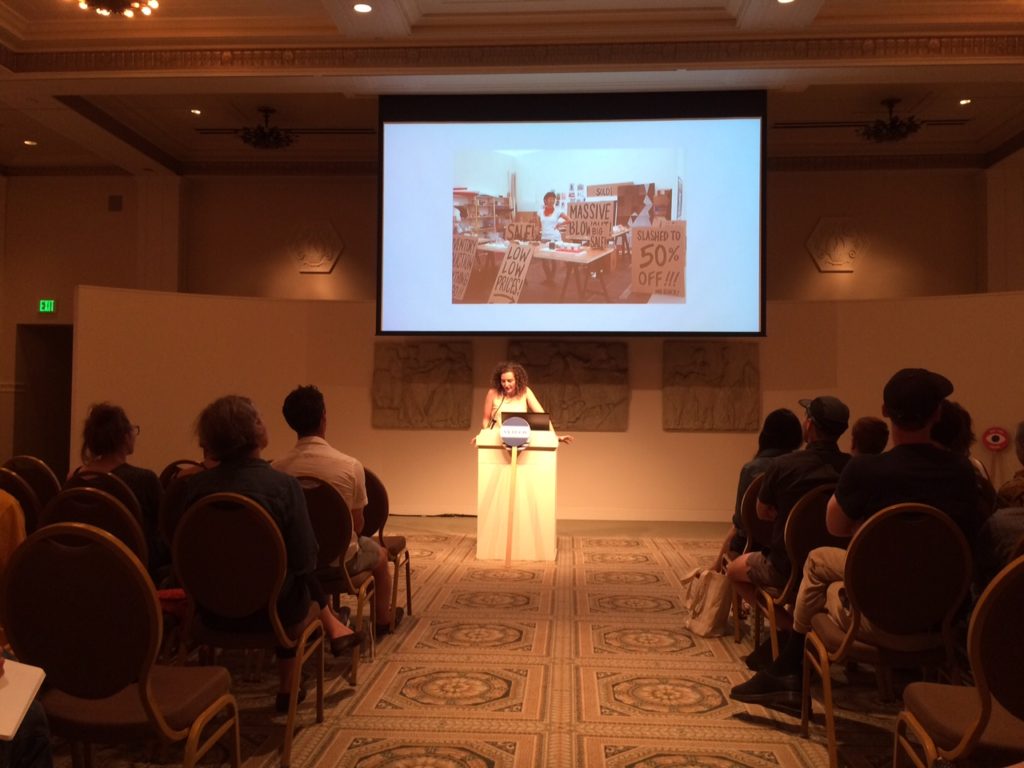 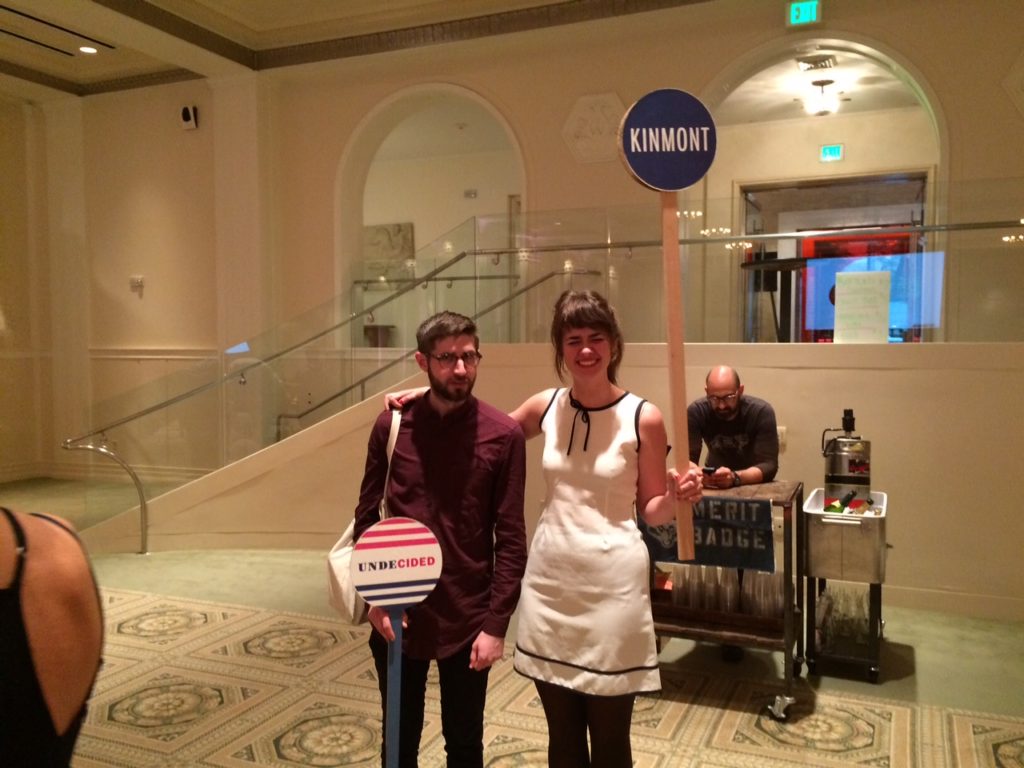 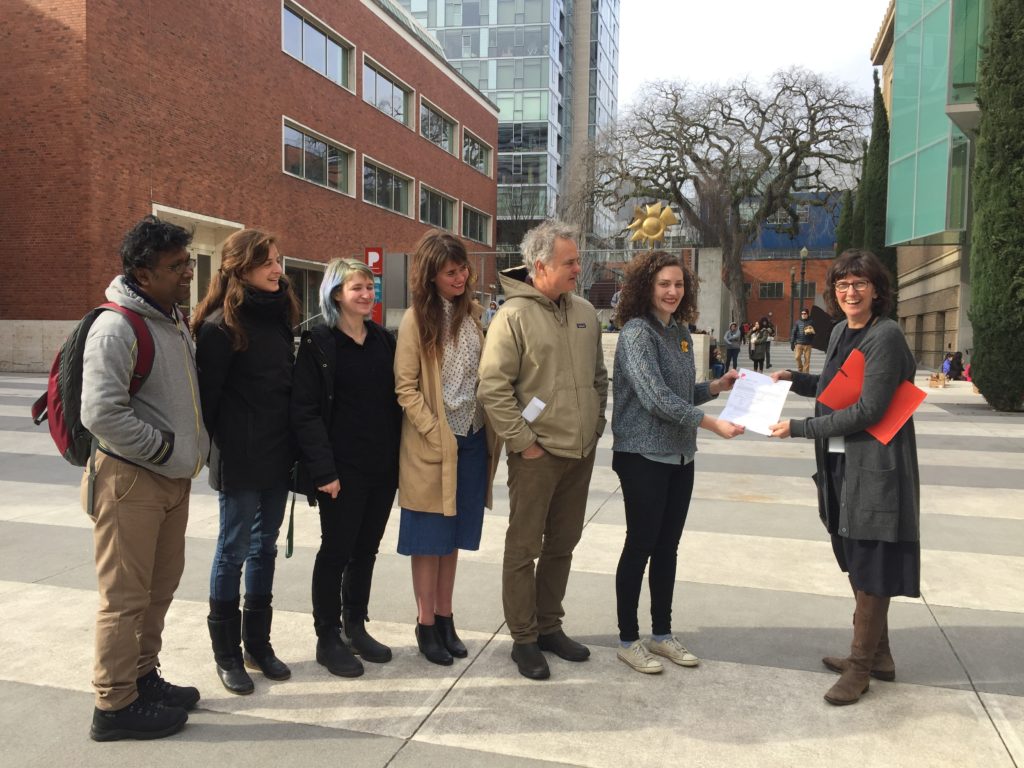 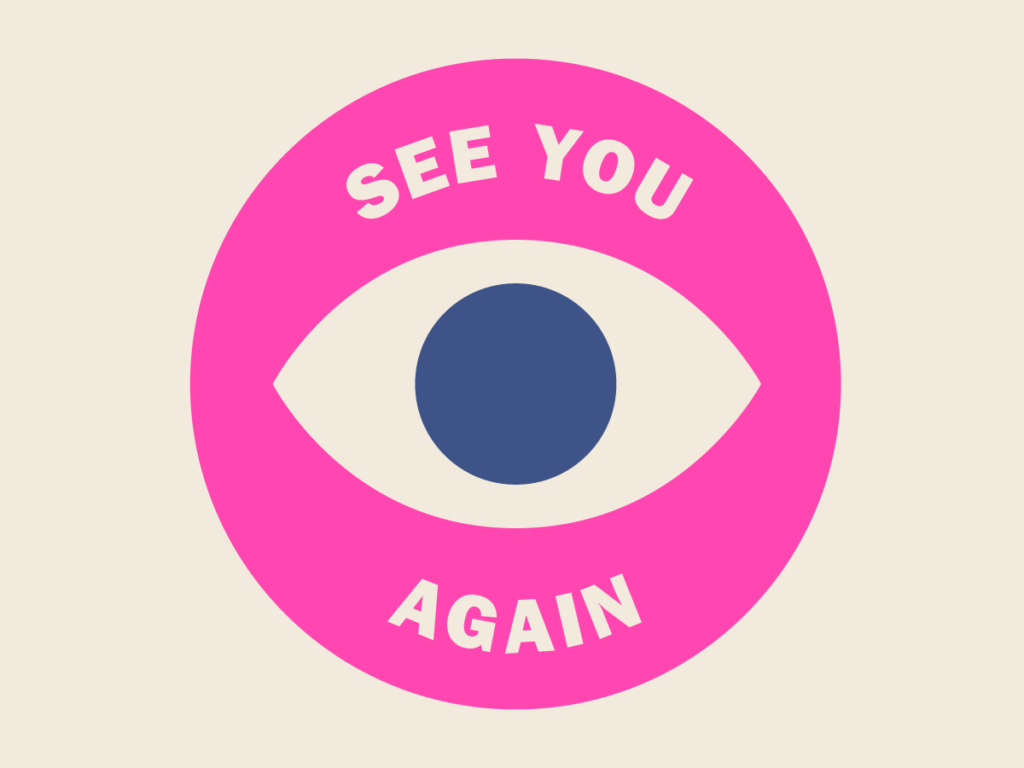 Alumna Lexa Walsh has been working with OMCA to dig through twenty years of archives and photos to create an installation celebrating their twenty year anniversary of Dias de los Muertos at the Museum. Walsh wanted to share not only the colorful history of offrendas and rituals and the heartfelt community input, but also and the piles of mundane paperwork, planning and hard work that went into each year’s celebration. She interviewed longtime stakeholders and shares selections of the archives, juxtaposed into a diorama-meets- offrenda. The show opens October 10th and runs through early January 2015. 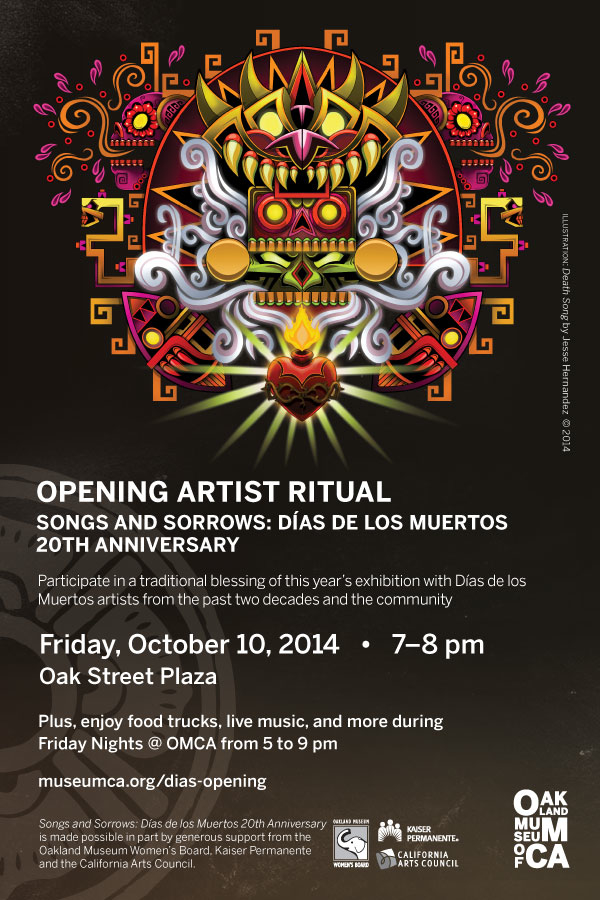 Congratulations to Katherine Ball for receiving the 2014-2015 Fulbright U.S. Student Award to Denmark!

“Katherine Ball is a habitat for fungi and bacteria located on planet Earth. Just as waves move an ocean, our collective movements swirl with experiments in alternatives to the dominant discourse, which have included: bicycling across the US to interview Americans working on small-scale solutions to the climate crisis, coordinating a national day of action to halt business at banks and corporations unduly influencing state laws, living in an off-grid floating island building mushroom filters to clean a polluted lake, and studying the behaviors of various species acting as the ecological counterpart to civil disobedience. An amateur in the best sense of the word originally from Detroit, Michigan, Katherine strives to give more energy to our dreams than our fears.” 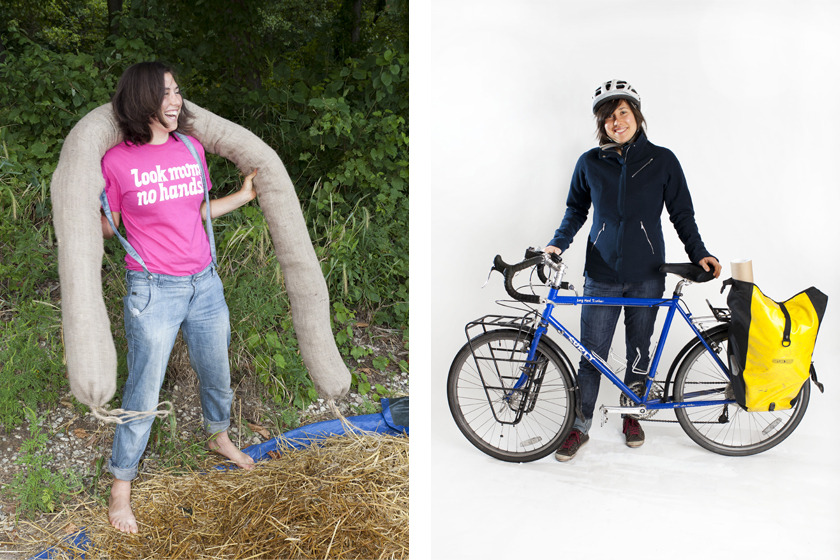